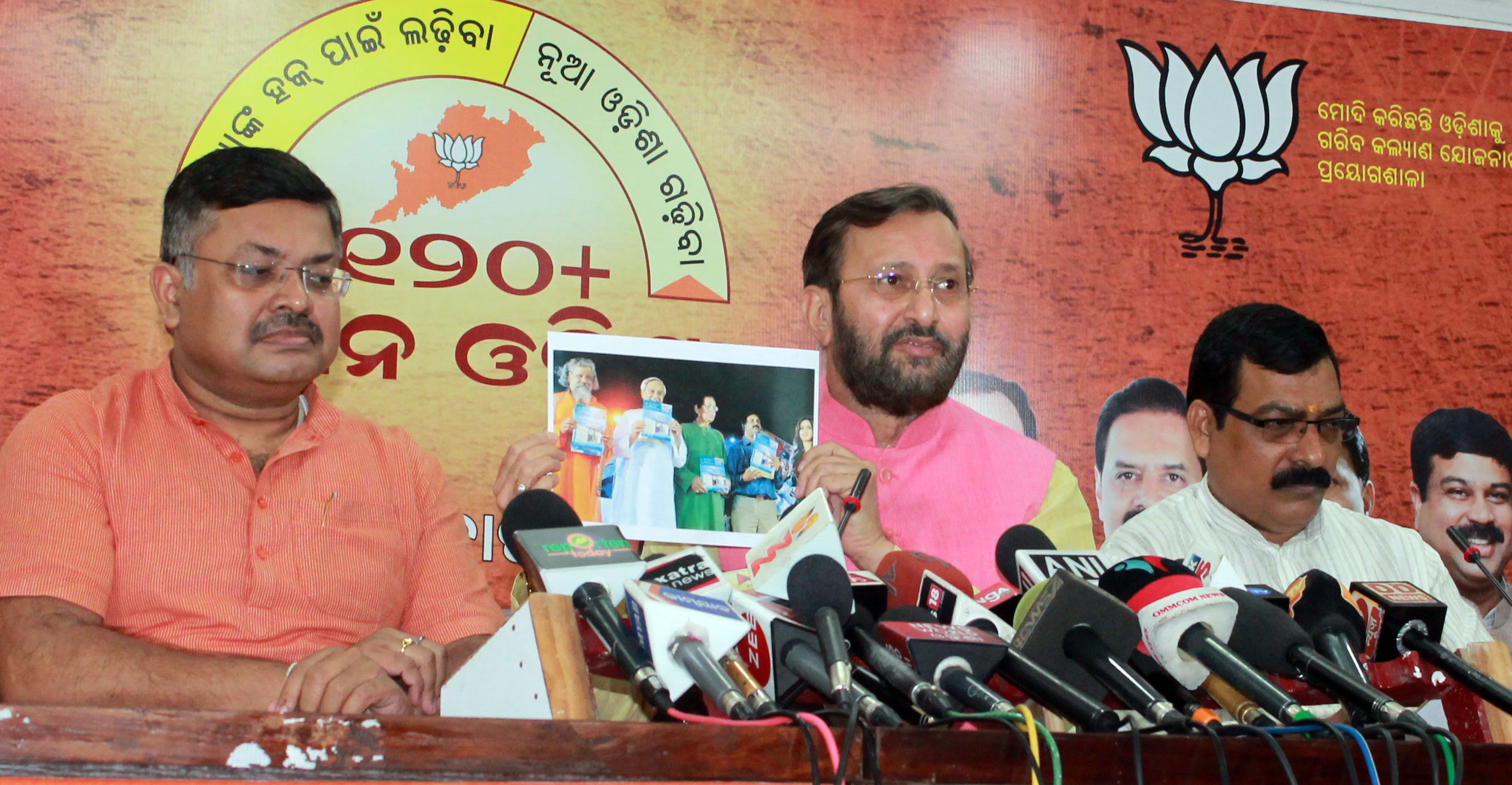 Addressing mediapersons at the party state headquarters, Javadekar said the BJD government is ‘praveen’ (proficient) in corruption and around 50 MLAs of the ruling-BJD had promoted several chit fund companies, while showing a photograph of the Chief Minister with a chit fund company owner.

He also criticised the state government for failing to disburse the Rs 300 crore announced earlier for the chit fund victims even though the commission constituted to probe the scam has already identified 75,000 duped depositors.

The senior BJP leader, who interacted with people in the state capital during his three-day Odisha visit, slammed the state government for poor state of education, lack of healthcare infrastructure and mismanagement in power sector.

The state capital is facing a drinking water problem while there is no treatment plant for waste management, he said, adding that development in the state has come to a standstill during the 17 years regime of BJD.