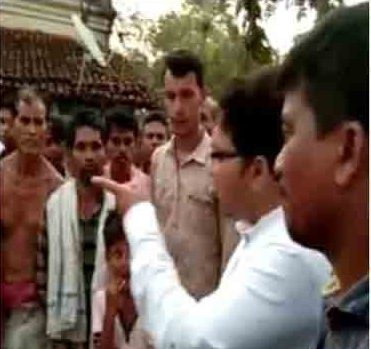 Balangir: The rowdy act of the newly elected BJD MLA of Patnagarh, Saroj Meher, circulated on the social media has gone viral.

In the video clip, Meher is seen directing a junior engineer of the Public Works Department (PWD), Jayakant Sabar, to do 100 sit-ups in five minutes at Belapada. The engineer was “punished” following allegations by local people of the poor construction quality of a road in the area.

Though the official pleads with the MLA with folded hands to spare him, Meher threatens him to do the sit-ups or else he will be beaten black and blue by the people.

However, there was no response either from the official concerned or the BJD MLA till reports last came in.

This Odisha Man Is Building A Bridge With His Pension Money