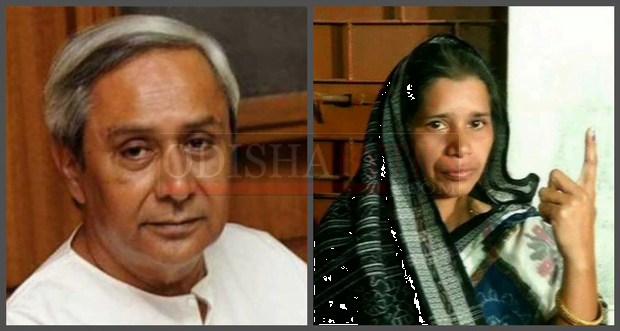 Bhubaneswar:  Riding high on the popularity of Chief Minister Naveen Patnaik, the ruling Biju Janata Dal (BJD) routed its rivals BJP and Congress in the Bijepur byelection results of which were announced on Wednesday.

Announcing the results, Padmapur Sub Collector and Returning Officer Tapiram Majhi said out of a total of 2,21,144 voters of Bijepur constituency, 1,81,716 voters had exercised their franchise of which the BJD has got 56.61 percent of votes followed by BJP (33.53 percent) and Congress (5.65 percent).

“I would like to express my deep gratitude to the people of Bijepur Assembly constituency for having showered their blessings on BJD. Odisha is a peace loving State and the people will not stand for violence which is a threat to democracy,” said the elated Chief Minister while briefing media persons at Naveen Niwas.

BJD candidate Rita Sahu said the victory is the outcome of the popularity of Chief Minister Naveen Patnaik and the hard work done by her late husband Subal Sahu. She said she would try her best to fulfill the promises she has assured the people of Bijepur.

BJD Rajya Sabha member Prasanna Acharya said the party had not expected to win the election by such a wide margin. The people of Bijepur have given a fitting reply to the BJP for inciting violence and hurling shoes at the Chief Minister. “This byelection is a victory of non-violence over the politics of violence and a victory of the ballot over the bullet,” he pointed out.