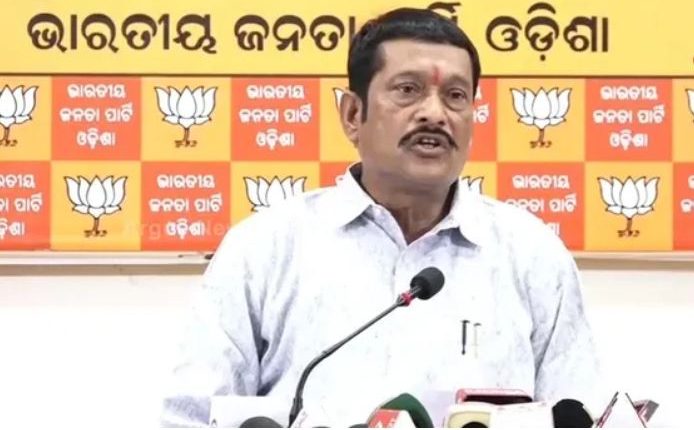 Bargarh: Senior BJP leader and party candidate for Padmapur Assembly bypoll in Odisha, Pradip Purohit on Friday alleged that the ruling BJD is interfering in Congress  affair and selecting the grand old party’s nominee for the by-election.

BJD is deciding the Congress candidate for Padampur bypoll in a bid to secure the votes divided as a result of this method, the BJP leader alleged.

Claiming that BJD has an eye on the divided votes of Congress by using this formula, Purohit alleged that Congress had sold 10,000 votes during previous elections. However, people of Padampur are well aware of this and will never repeat the mistake this time, he said.

Leader of Opposition and veteran BJP leader Jayanarayan Mishra has said that the party candidate will file his nomination for the bypoll on November 14.

The by-election to Padampur Assembly Constituency in Bargarh district is being held on December 5 following the demise of tribal leader and five-time MLA Bijay Ranjan Singh Bariha.

The last date for filing of nomination is November 17 while scruity will be held on November 18. Candidates can withdraw their papers by November 21.