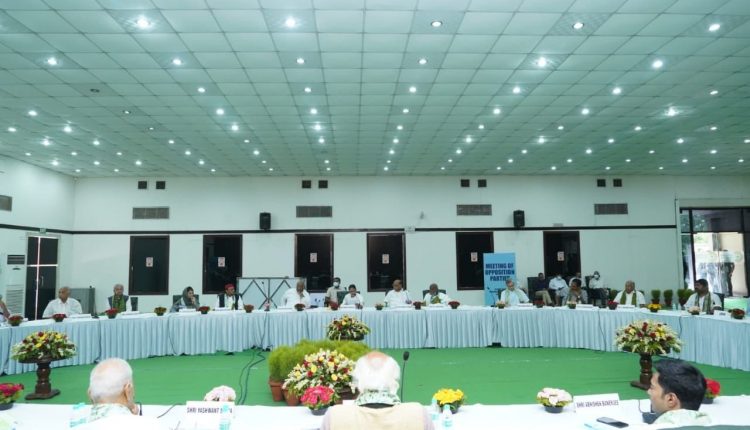 Bhubaneswar: The BJD on Wednesday skipped the meeting of opposition parties convened by Mamata Banerjee to build consensus on fielding a joint candidate against the NDA in the presidential election.

A BJD leader, requesting anonymity, said Chief Minister Naveen Patnaik decided to stay away from the meeting taking into account “all aspects and keeping the interest of Odisha at the forefront”.

Despite its equidistant policy, the BJD had extended support to BJP’s presidential nominee Ram Nath Kovind in 2017, leading to talks about a tacit understanding between the parties that are rivals in the state. It is likely to go with an NDA-supported candidate again, party sources said.

The NDA has more than 48 per cent of the votes in the electoral college that would elect the 16th President of India. With the support of either BJD (2.85 per cent votes) or YSR Congress Party (4 per cent), which also skipped the meeting, the BJP-led alliance will sail through comfortably.

Notably, Naveen met Prime Minister Narendra Modi on May 30 in New Delhi. The meeting at the South Block lasted for about 30 minutes.

Last week, Mamata wrote to 22 non-BJP leaders, including Naveen, to chalk out a joint strategy for the polls. The presidential election will be held on July 18, six days before President Ram Nath Kovind’s term ends. Votes will be counted on July 21.