BJD To Continue Its Fight For Farmers: Naveen 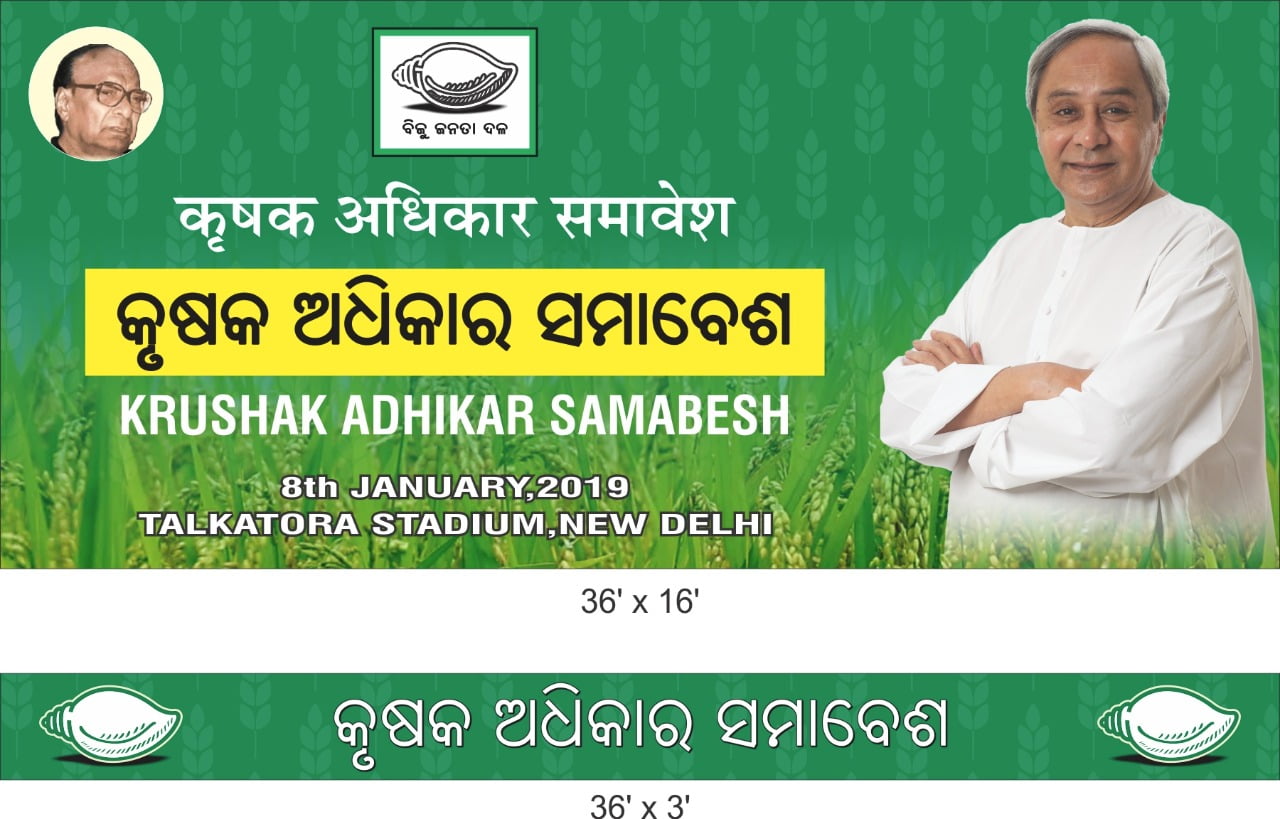 New Delhi: Biju Janata Dal (BJD) president and Chief Minister Naveen Patnaik on Tuesday said that his party will continue its fight for the socio-economic development of farmers of Odisha.

Addressing the partymen at the Biju Krushak Adhikar Samavesh at the Talkatora Indoor Stadium here, Naveen said he had requested the Centre to increase the minimum support price (MSP) of the paddy on several occasions. “The members of the House Committee of the State Assembly have also tried to meet the senior officials of the central government in Delhi, but in vain. Following which, we were forced to come to Delhi to put forth our demands,” he added.

Several BJD MPs, ministers, MLAs and the leaders of the Biju Krushak Janata Dal are staging a sit-in dharna, demanding a hike in the paddy MSP, here.

Stating that the BJP had forgottenthe promises it made to the people of Odisha in its election manifesto, Naveen said it is the responsibility of the Centre to implement the recommendation of the Swaminathan Committee.

“The farmers are the soul of the economy of the country. To ensure better livelihood of the farmers, the Odisha government has launched KALIA scheme,” he pointed out.

As decided, a delegation of the BJD led by the Chief Minister, will meet the President Ramnath Kovind at Rashtrapati Bhawan in the evening and submit a memorandum on this matter.

Thousands Of Animals Sacrificed In Balangir Villages During Sulia Jatra