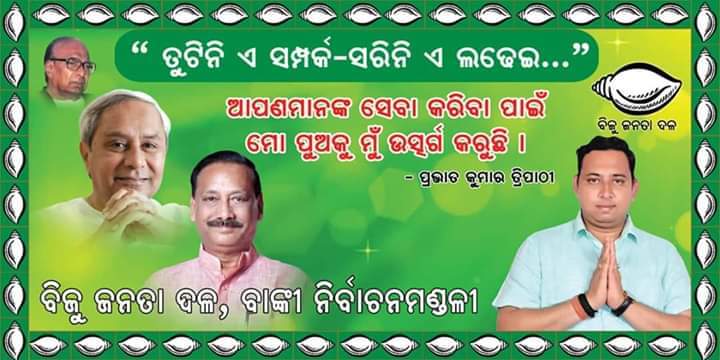 Bhubaneswar: Choudwar-Cuttack MLA Pravat Biswal, an accused in the multi-crore Seashore chit fund scam, is unlikely to get the BJD ticket to contest this time, but sources said the party is contemplating to field his wife Laxmi Bilasini instead.

Biswal was arrested by the CBI from his Mahanadi Vihar residence in Cuttack for his alleged complicity in the scam, on September 19, 2017. He was under the scanner for a deal between his wife Laxmi and Seashore Group CMD Prashant Dash over a piece of land at Benapur mouza in Jajpur district. The BJD lawmaker heaved a sigh of relief after the Orissa High Court granted him conditional bail in June 2018.

Similarly, Pravat Tripthay’s son Devi Ranjan Tripathi may replace his father and get a ticket to contest from Banki Assembly constituency. He is the state working president of the Biju Chhatra Janata Dal.

The BJD legislator was arrested on October 31, 2014, for his alleged links with a Ponzi firm. Soon after his arrest, he was suspended from the party. The Orissa High Court, however, granted him bail on March 3, 2015. Two years later, the BJD revoked his suspension.