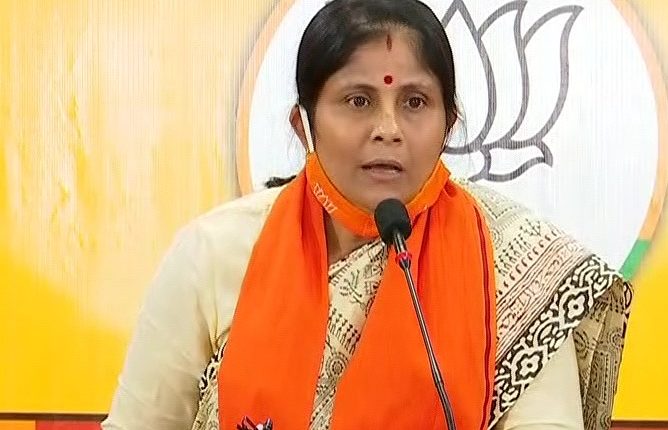 Bhubaneswar: The Odisha unit of BJP has accused the ruling BJD of belittling the dignity of women by using the members of self-help groups (SHGs) under the state government’s Mission Shakti.

Speaking to media persons at the party office in Bhubaneswar on Thursday, BJP leader Smriti Patnaik said in order to empower the women and make them financially independent, the Central government has been announcing schemes and providing financial benefits from time to time.

The financial aids aim at providing training to the women SHGs and extending bank loans in their projects to make them self-dependent. But the ruling BJD in Odisha has been misusing the Mission Shakti thereby defeating the very purpose of the Centre, Patnaik said.

She alleged that there have been several instances of the BJD engaging the members of women SHGs in party works like meetings, rallies and processions. They have been found raising slogans in favour of the state government, chief minister and the party by wearing green (BJD party colour) sarees and holding flags with conch symbol on those occasions, she added.

“It is a matter disgrace for the women that they are being used by the BJD to raise false slogans and speak lies to protect the party’s ministers and leaders involved in corruption and criminal activities. In the name of women empowerment, the ruling party is infringing their constitutional rights and undermining self-respect,” said Patnaik.