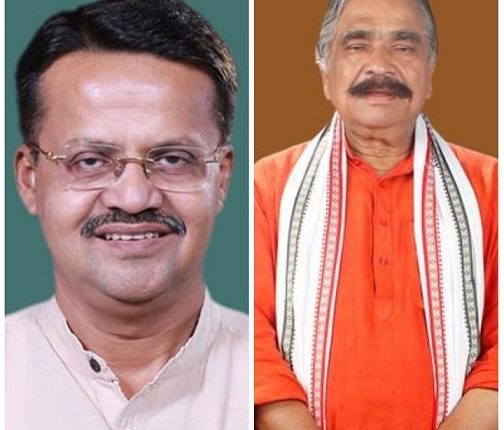 Bhubaneswar: BJD president and Odisha Chief Minister Naveen Patnaik has termed the nomination of Droupadi Murmu as the BJP-led NDA’s presidential candidate as a proud moment for people of the state.

“I was delighted when Hon’ble PM @narendramodi ji discussed this with me. It is indeed a proud moment for people of Odisha,” Patnaik, who is abroad, tweeted, congratulating Murmu.

Another senior BJD leader and Lok Sabha MP Bhartruhari Mahtab too termed it a proud moment for the state and appealed to all MPs and MLAs from Odisha to unitedly vote for her and ensure her victory in the Presidential polls.

Congress MLA Suresh Routray, however, said that though he was extremely happy at Murmu’s nomination, he cannot vote in her favour in the Presidential polls. Routray said that as former Union Minister Yashwant Sinha has been chosen as the Presidential candidate by the Opposition parties, including the Congress, the Trinamool Congress and the Samajwadi Party, he cannot vote for Murmu.

Both the names of Murmu and Sinha were finalised on Tuesday.

Congratulations Smt #DraupadiMurmu on being announced as candidate of NDA for the country’s highest office. I was delighted when Hon’ble PM @narendramodi ji discussed this with me. It is indeed a proud moment for people of #Odisha.