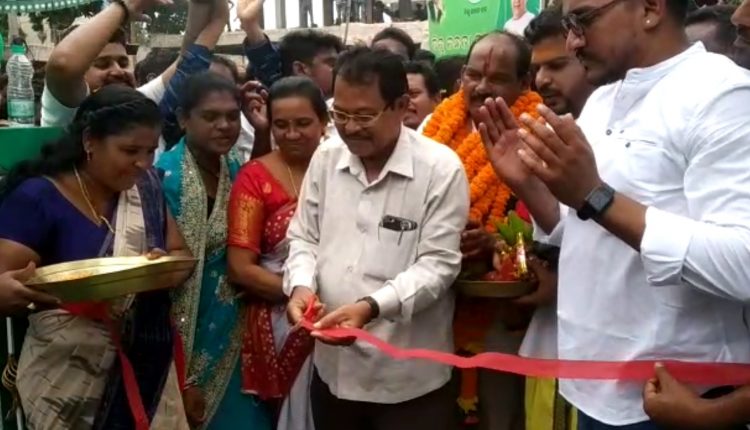 Rayagada: The party office of ruling Biju Janta Dal (BJD) was opened in district headquarters of Odisha’s Rayagada on Friday.

The party’s senior leader and Chandili sarpanch Pedenti Ramulu inaugurated the office in presence of other leaders including Y Venkateswar Rao and Gaurishankar. Venkateswar played a major role in setting up the part office.

Hundreds of BJD workers led by Venkateswar offered floral tributes to legendary Biju Patnaik at his statue near the bus stand and then went in a rally around the town before converging at the newly constructed party office to attend the inauguration function.

Speaking on the occasion, Venkateswar said the office would prove beneficial for the party workers who were facing difficulties in its absence. Now, they can assemble here, hold meetings and chalk out strategies and programmes. It would also facilitate in reaching the state government’s welfare projects to the people, he added.

However, absence of the frontline leaders of BJD including district president Sudhir Das, Minister Jagannath Saraka and former Rajya Sabha member N Bhaskar Rao on the occasion has raised eyebrows among the local people.

Why Gujarat Election Dates Were Not Announced Today? Hear It From CEC