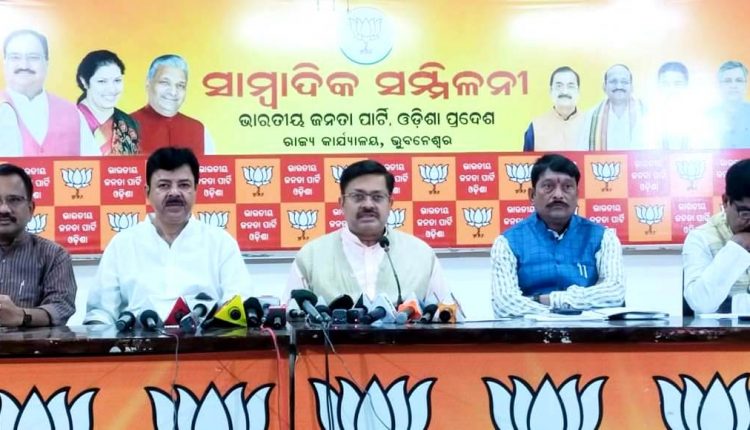 Bhubaneswar: Hitting out at Odisha’s BJD government over farmers’ problems, BJP on Monday alleged that the cultivators are being exploited due to irregularities in paddy procurement caused by nexus between officials and millers in the state.

Addressing a press meet in Bhubaneswar, BJP state general secretary Prithviraj Harichandan said the party will launch a ‘Mandi Chala’ campaign on December 22 and undertake visits to paddy procurement centres in the state to take stock of the situation.

Alleging that farmers are being exploited due to a bonhomie between government officers and millers in the state, Harichandan claimed that farmers in western parts of Odisha have suffered considerably due to distress sale of paddy.

He further claimed that farmers are compelled to sell their produce to traders in neighbouring Chhattisgarh due to improper procurement of paddy and cut in weights in the name of FAQ in the state.

Accusing the state government of compounding the plight of farmers by introducing token system for procurement of paddy, the BJP leader said the party would submit memoranda to all 85 Sub-Collectors in the state on December 21 to protest alleged irregularities in the paddy procurement system.

This apart, party activists will visit Mandis in their respective areas between December 22 and 28 under “Mandi Chhal” Abhiyan and  verify whether paddy is being procured from all farmers.

If the state government fails to resolve the issue at the earliest, BJP will intensify its protest next month, he added