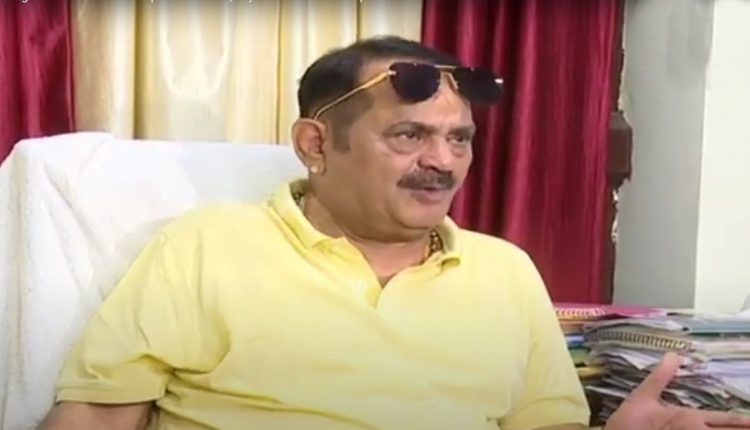 Bhubaneswar: Accusing Naveen Patnaik-led BJD and opposition BJP of engaging in a mock fight in Odisha, firebrand Congress leader Tara Prasad Bahinipati on Tuesday alleged that the two parties have struck a deal for political gain as both are aware of their own weaknesses.

“While BJD is scared of CBI and ED, BJP is worried about votes in Odisha. Therefore, both the parties have reached a compromise,” the senior Congress MLA said, terming the upcoming Odisha visit of BJP national President J P Nadda as an eyewash to hoodwink people.

Alleging that a close bond exists between BJD and BJP, Bahinipati said the saffron party does not mind Naveen Patnaik continuing as Chief Minister, but is keen to grab at least 15 Lok Sabha seats in Odisha.

While BJP has no support base in Odisha, people of the state have lost their faith in BJD, he said, adding that Congress is now all set to surge ahead as it is gearing up to rejuvenate the party through a series of programmes. “People of Odisha have high hopes on Congress and the party is getting ready to work hard in a planned way to meet their aspirations,” he said.

Hitting out at BJP, Bahinipati said the central leaders of the saffron party, including Home Minister Amit Shah, who vowed to throw out Naveen Patnaik government before the 2019 elections, are now silent. BJP leaders are well aware that they would not get votes in Odisha and they seek maximum number of Lok Sabha seats from the state through a compromise with BJD, he claimed.

Similarly, Naveen has been silent on the unprecedented rise in the prices of essential commodities though his party had created an uproar after Rs 50 increase in fuel price during the previous UPA government at the Centre. LPG price has increased from Rs 450 per cylinder to Rs 1150 in the last eight years, but BJD is silent, he said.

Naveen, who was in the habit of alleging negligence of Odisha by the Centre during the UPA government, has all along been supporting all wrong policies of the BJP-led central government.

In the existing scenario, Congress is the only suitable alternative before the people and the party is bracing up for the 2024 elections, Bahinipati added.