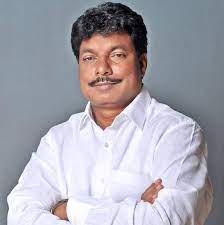 “It (forming government in Odisha) is nothing but an act of day-dreaming by the BJP. They will never be able to come to power in the state as long as Chief Minister Naveen Patnaik remains our leader,” the senior tribal leader and former state Minister told reporters.

Dismissing BJP’s ‘Mission 120’ as unachievable, Marndi said the saffron party had also claimed that it would win at least 120 of the 147 seats in the Odisha Assembly in 2019 elections. “Everybody knows what was the outcome,” he said.

On the concluding day of his two-day Odisha visit on Monday, Amit Shah had claimed that BJP would secure two-third majority in Lok Sabha in 2024 elections and also form Government in Odisha.

Biju Janata Dal (BJD) registered an impressive victory in the 2019 Assembly elections and formed a Government led by Naveen Patnaik for the fifth consecutive term as the Chief Minister has all along been working hard to ensure speedy development of the state and its people, he said.

In the run-up to the 2019 elections, BJP had set Mission 120 with a goal of winning 120 of the 147 Assembly seats in Odisha. Top party leaders including Prime Minister Narendra Modi and Amit Shah undertook a number of visits to the state and addressed a series of poll meetings to bolster the BJP prospects.

However, BJP won 23 Assembly seats and emerged as the main opposition in the state as the ruling BJD grabbed a lion’s share of 112.