BJP Disenchantment Over Ticket Choices Spills Out In The Open 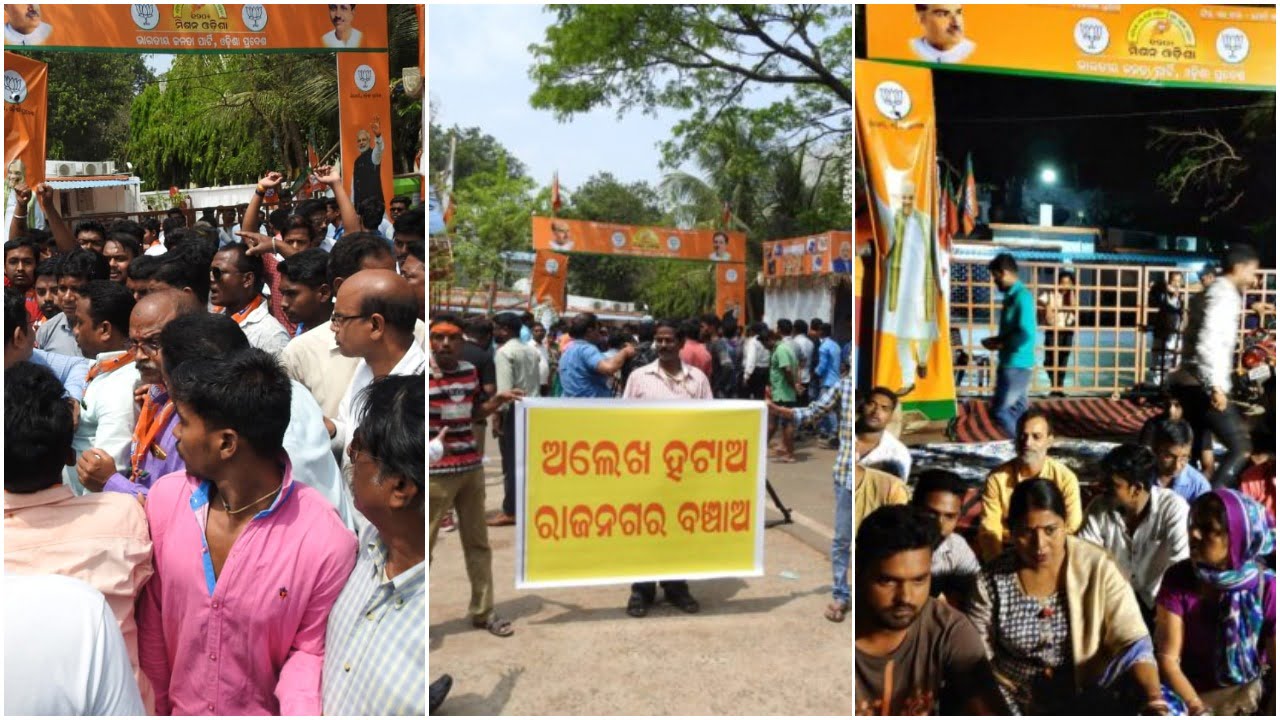 Bhubaneswar: The dissension in the Odisha BJP has come out in the open following the release of the first and second list of candidates for the Lok Sabha and Assembly elections.

Resentment set in after the BJP leadership announced candidature of two BJD rebels who recently embraced the party. There was tension at the party office at Laxmipur in Koraput district on Saturday, as BJP workers burnt effigies of Union Petroleum and Natural Gas minister Dharmendra Pradhan and Koraput BJP president Jayram Pangi and ransacked the party office after the party gave ticket to Kumud Saunta, a rebel from BJD.

They have also threatened mass resignation, alleging that the party had ignored six seat aspirants and instead given the ticket to someone who is only two months old in the party.

Similar scenes were witnessed outside the state BJP headquarters office a couple of days ago when the first list of candidates was announced. Supporters of Amiya Dash had then staged a dharna at the entrance to the office after he failed to secure a ticket for the Bhubaneswar-Ekamra Assembly seat. The party had nominated Babu Singh, who joined the party recently after resigning from the BJD. Dash was the BJP nominee from the seat in 2014.

His supporters relented and opened the gate after senior leaders, including BJP state vice-president Samir Mohanty, intervened. Some criminals even damaged a vehicle belonging to the BJP vice-president at his residence that night.

Voice of resentment was also heard in other constituencies. Supporters of Subash Chouhan raised slogans against Padampur MLA Pradip Purohit and Union minister Dharmendra Pradhan after Suresh Pujari was named as the party candidate for Bargarh Lok Sabha seat.

Chouhan had lost the last election from the seat to BJD’s Pravas Singh by Just 11.178 votes. Speculation is rife that he may be fielded from Bijepur assembly constituency, where BJD president and Chief Minister Naveen Patnaik is the candidate. Pujari also finds himself in an unfamiliar territory, having always contested from Sambalpur. The party has instead fielded sitting Deogarh MLA Nitesh Ganndev from Sambalpur assembly seat.

In Bhadrak, Dinabandhu Pati’s supporters locked up the party office, opposing the party’s ticket for the Basudevpur Assembly seat being given to Madhabananda Mallick, who had quit Congress and joined the saffron party in October 2018.

There were also protests against the candidature of Dola Gobind Nayak and Alekh Jena for Aul and Rajanagar Assembly seats. While Dola Goinda defected from Congress, Alekh shifted allegiance from BJD to BJP in 2017.

Congress President Rahul Gandhi To Contest From Kerala As Well?