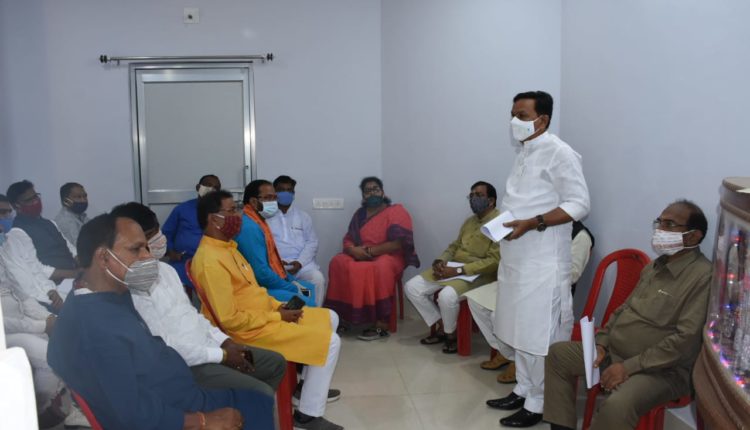 Bhubaneswar: The opposition Bharatiya Janata Party (BJP) has drawn up a number of issues to corner the state government during the winter session of the Odisha Assembly beginning on Friday.

At the BJP legislature party meeting chaired by Leader of the Opposition (LoP) Pradipta Naik here on Thursday, the strategies to target the ruling BJD were finalised, according to a press release.

“The winter session of the Assembly will begin from Friday and we have planned to take on the government on a host of issues, from paddy procurement to deteriorating law and order situation,” Naik said.

He further said while the Central government has sanctioned crores of rupees for controlling COVID-19 spread, the it has failed to benefit the people due to gross mismanagement of the state government.

Similarly, the law and order situation has been deteriorating every day over the past few years. In fact, two custodial deaths reported today. The chief minister has no moral responsibility to continue in his chair, Naik said.