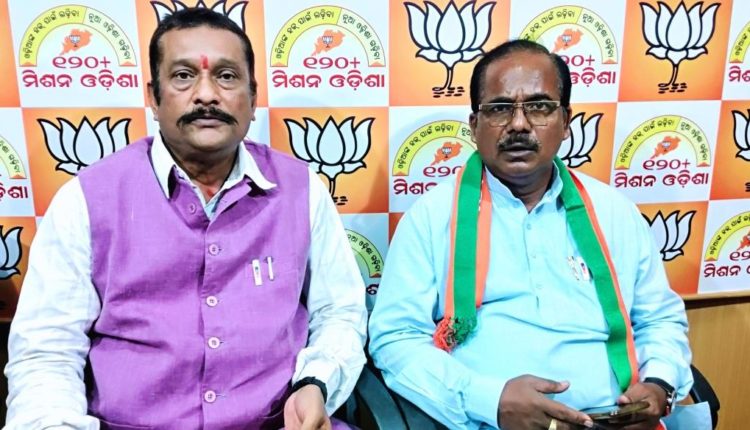 Bhubaneswar: The BJP on Friday alleged that the BJD government in Odisha of neglecting the development of farmers in its two decades of rule.

Other than passing resolutions in Assembly, it has not been able to ensure that farmers sell their produce at MSP fixed by the Centre, Odisha president of BJP Kishan Morcha, Pradip Purohit claimed.

Addressing the media, Purohit said the farmers are unable to sell their produce, particularly in mandis as the token system introduced by the state government has further added to their troubles. The system has affected the small and medium level farmers leaving them at the mercy of middlemen and dalals, he added.

Though the Centre has fixed Minimum Support Price (MSP) at Rs 1,868 per quintal of paddy, the farmers are not getting the benefits. The millers are forcing them to sell their produce after deductions ranging 2 to 10 kgs per quintal, alleged Purohit.

The state government’s announcement of supporting farmers protesting against the three farm bills over their demand for a guarantee that the Minimum Support Price (MSP) regime will not be discontinued, is an eyewash, he stated.

If the Odisha government is really concerned about the farmers and MSP, then what step has it taken to stop such exploitation, questioned the BJP leader.

It may be mentioned that the Odisha government in a Cabinet meeting chaired by the Chief Minister here this week had passed a resolution to press for formulation of MSP on all crops aimed at doubling the farmers’ income.

It was also decided to move the Centre for implementation of MS Swaminathan committee report on minimum support price (MSP).

The government is only shedding crocodile tears and no strong measures have been taken in reality to benefit the farmers, Purohit added.