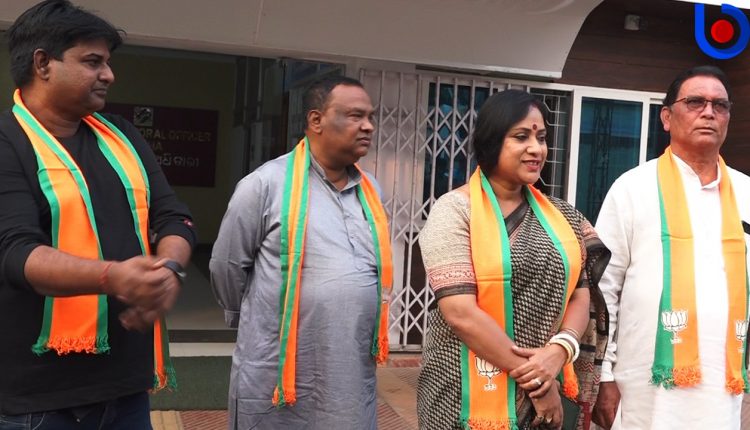 Bhubaneswar: With a petition war heating up on the eve of Padampur bypoll,  BJP on Sunday moved Odisha’s Chief Electoral Officer (CEO) accusing the ruling BJD of indulging in illegal activities to influence voters in the Assembly constituency ahead of voting.

A BJP delegation visited the CEO’s office and lodged a complaint alleging that the ruling party leaders were distributing money among voters at in different places of Padampur in Bargarh district after campaigning came to a halt on Saturday.

The BJP delegation alleged that BJD candidate Barsha Singh Bariha’s brother was caught red-handed by people while distributing money in a village, but managed to flee before police reached there.

However, one of his associates has been caught, saffron party leaders claimed while emerging from CEO’s office.

The BJP leaders further claimed that the villagers at several places including Paikamal in the bypoll-bound constituency have returned money distributed by ruling party workers to a local BJD leader.

All these amply prove that the ruling BJD is distributing money in Padampur in a desperate bid to get support in the bypoll being held on Monday, BJP state general secretary Lekhasri Samantsinghar alleged.

She further alleged that said a BJD worker threatened villagers when they opposed him while distributing money, while the ruling party activists are manhandling the BJP workers opposing them.

Odisha seems to be witnessing a petition war ahead of the bypoll to Padampur Assembly seat. Three delegations of the ruling BJD visited the office of the CEO in Bhubaneswar on Sunday and lodged three separate petitions against BJP accusing the saffron party of indulging in illegal activities including money distribution to influence the voters in Padampur.