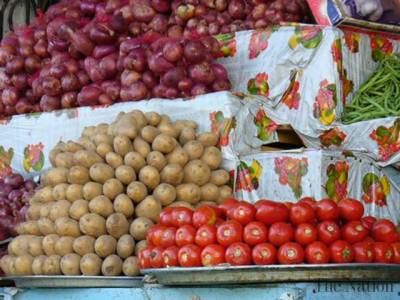 New Delhi: The Russia-Ukraine war, which is into its 10th month, has impacted the global economy and also led to a rise in cost of living worldwide.

India, though, has done better than many developed countries like the UK and Germany, according to an SBI report.

Supplies have been majorly hit since Russian President Vladimir Putin announced a ‘special military operation’ against Ukraine on February 24. Consequently, there has been a surge in prices of food items and essential commodities which emerging economies and even the developed world have struggled to cope with.

According to the SBI Ecowrap report, India stands like an oasis in an era of uncertainty amid global inflation due to sound macro management.

The survey has found that cost of living in countries like the UK, Germany has jumped by a whopping 23%.

So if the household budget or cost of living was Rs 100 in September 2021 across all countries, it has increased by Rs 20 and Rs 23 in Germany and in the UK, respectively, while in India and the US, citizens are having to deal with a budget of Rs 112.

India performed the best in terms of keeping the increase in food and shelter prices under check. If a household required Rs 100 for food items in September 2021 across countries, the cost has risen by Rs 25 in the US, Rs 18 in the UK, Rs 33 in Germany — but just Rs 15 in India.

As for rise in energy prices, the US turned out to be the best performer, with India not too far behind.

“India has remained remarkably resilient with 72% of the $14.7-billion capital outflows till July 29 in FY23 has already been recovered. Portfolio inflows in FY23 in November has been strong at $4.1 billion and is still counting,” the research note said.