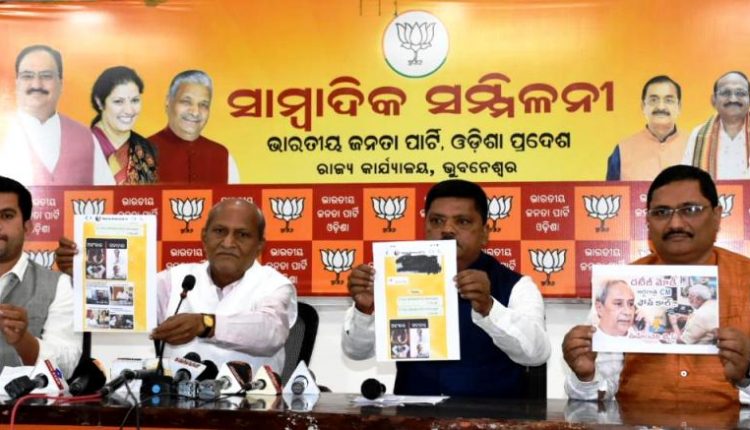 Bhubaneswar: The Bharatiya Janata Party (BJP) on Sunday accused the Odisha government of politicising the state administration by making illegal appointments to protect the BJD’s interests.

Speaking to media in Bhubaneswar, senior BJP leader Sudarshan Nayak hit out at the government for appointing Manoj Mishra principal secretary of the Electronics and Information Technology (E&IT) department on a contractual basis.

Terming the appointment of Mishra as illegal since the government had not issued any advertisement for filling up the post, Nayak questioned how the former was appointed a day after he resigned from service.

Mishra, an officer of Indian Railway Traffic Services (IRTS) of the 2000 batch, was on deputation to Odisha for 7 years. After the tenure of his deputation was over, he resigned from the service instead of going back to the parent post.

After the Railway Board accepted Mishra’s resignation, the state government issued a notification on his appointment on a contractual basis on December 29, 2022. He has also been assigned additional charge of Special Secretary to the Commerce and Transport Department (Rail Coordination).

The BJP leader alleged that during his tenure in Odisha, Mishra was active in social media campaigns against BJP, Prime Minister Narendra Modi and Home Minister Amit Shah. He added that the state government appointed him in a senior administrative post in return for his favour.

“The appointment of Mishra as Principal Secretary is one of the rarest in the history of all-India service and violates Articles 14 and 16 and Odisha government rules of business made under Article 166 of the Constitution of India. It is a deliberate effort to politicise the state administration,” Nayak said.

“As per Odisha Government Rules of Business, a secretary holds the statutory power to deal with financial matters of the government. How can a contractual employee carry out his official duties in an impartial manner is highly questionable,” he added.

The former excise secretary further said that there are nine posts of principal secretary as per the IAS cadre list of the state government and it has the power to create an equal number of ex-cadre posts to meet its administrative requirement. “Currently, there is no vacancy at the level of principal secretary and therefore, the engagement of Mishra is illegal and unconstitutional,” he said.

Demanding roll-back of the appointment of Mishra, the BJP leader called upon the Chief Minister to create an impartial and independent bureaucracy, which would work for the service of the people.

In a counter, BJD said the opposition party should refrain from playing politics on appointments of officers and focus on developmental issues of the state.

BJD spokesman Gautambuddha Das told the media that Mishra, who is from the Dhenkanal district, has been working as IT Secretary for a long time and helped the state get top IT firms to the state and provide employment opportunities for the youths.

“Why is the BJP afraid of him now after reappointment? Why are they targeting an officer?” he asked.

He further said, “The Central Government appointments of many officers, but we have never spoken about them as it is an administrative matter. It is astonishing to see the Odisha BJP becoming so jittery and afraid of the appointment of an officer by the government.”

Artists Showcase Their Creations On Hockey World Cup 2023 In Cuttack