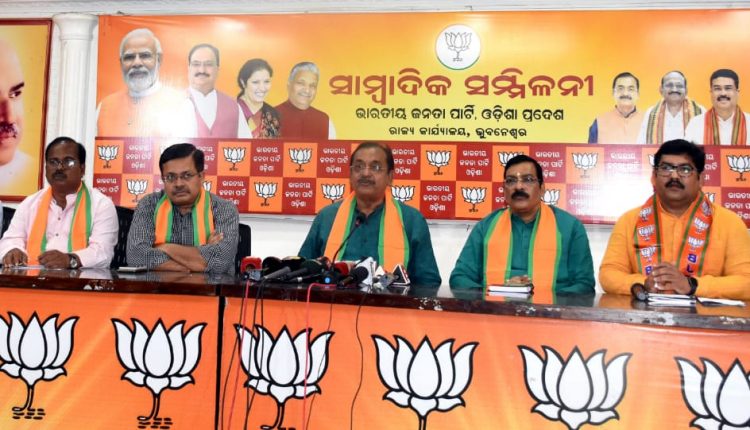 Bhubaneswar: The Bharatiya Janata Party (BJP) on Thursday targeted Odisha government for its failure in providing pucca houses to the people that led to death of six persons in recent flood.

Speaking to media persons in Bhubaneswar on Thursday, Odisha president of the party Samir Mohanty said though chief minister Naveen Patnaik claimed that there were zero casualties and media reports mentioned death of two persons in the flood, at least six people lost their lives due to wall collapse in Mayurbhanj district alone.

Accusing the government of trying to suppress the human casualties, Mohanty said all the persons died as they were living in mud houses which were washed away in the flood. It showed the failure of the government to provide pucca houses to the people of weaker sections under the Pradhan Mantri Awaas Yojana-Gramin (PMAY-G).

He further said even as the Cenre has sanctioned 8.17 lakh houses under PMAY-G to Odisha, the BJD government has failed to provide the houses to the eligible beneficiaries. In Mayurbhanj district alone, 1.47 lakh houses remain without being distributed, he added.

The BJP had drawn the attention of the state government to corruption amounting to Rs 1,000 crore in the distribution of MPAY-G houses and demanded a high-level probe. But the government’s negligence has deprived the poor people of having a house, Mohanty said.

Sidhu Moosewala’s Unreleased Song To Be Out On This Date