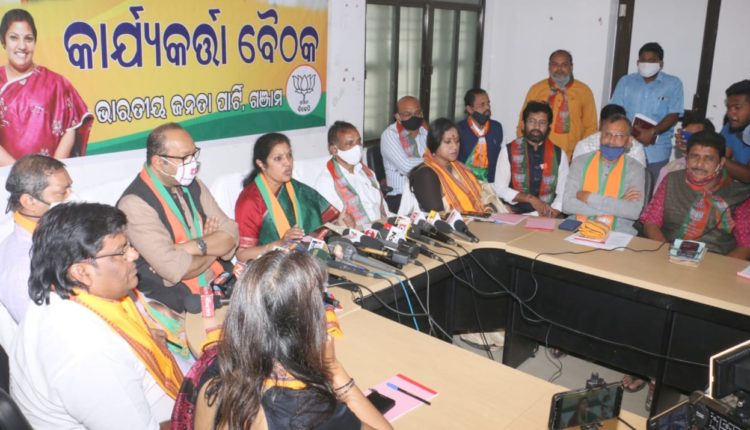 Berhampur: General secretary of BJP and Odisha in-charge Daggubati Purandareswari on Saturday brought out a list of failures of BJD government in the state on development agenda.

Speaking to mediapersons during a visit to the city, the BJP leader said the ruling BJD has failed to fulfil its promises of development made to the people in the election. The health services in Hinjili, represented by chief minister Naveen Patnaik, are languishing in neglect. As a result, the patients are forced to go outside even for minor treatment facilities, she said.

She alleged that the houses under Pradhan Mantri Awas Yojana were allocated mostly to the supporters of the ministers and the BJD in Bhanjanagar.

On the party organisation, she said, “I have decided to meet the workers and the leaders at the grassroot level to further strengthen the party.”

The daughter of former chief minister of Andhra Pradesh and famous film actor NT Rama Rao said she met many Telugu people here and was impressed.

NTR, who had an emotional touch with the people of south Odisha, visited the region several times. “This is my second visit to Berhampur and it gives me immense pleasure,” said Purandareswari.

My Stay In Odisha Changed The Course Of My Life: Dance Photographer Debojyoti Dhar