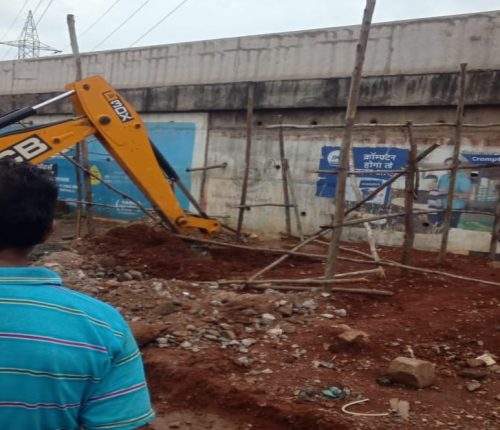 Bhubaneswar: As part of their drive to make Bhubaneswar free of encroachment and ensure smooth movement of traffic, Bhubaneswar Municipal Corporation (BMC) and Commissionerate Traffic Police carried out demolition of unauthorised shops at Aiginia.

A joint team of BMC and police carried out the demolition drive in the area along the road under Aiginia bridge. Temporary shops, hand carts, small shanties and kiosks were removed to clear the road for movement of vehicular traffic.

Earlier, similar drive was conducted on the road from Rajmahal to Kalpana square, Statino Bazaar, Esplanade to Rasulgarh and KIIT square in the city. 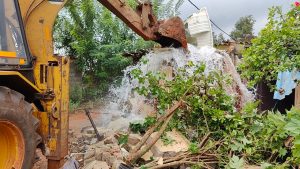 In another drive against criminal elements, the Commissionerate Police with the help of BMC demolished the illegal house of Chakradhar Sahu, a drug peddler having several criminal cases pending against him, in the area under Infocity police limits.

The drive aims at demolishing deserted incomplete constructions, closed shops and houses, and lonely places which are used by the criminals for consumption of liquor and ganja. They also plan their loot and other crimes there, a release of Police Commissionerate said adding that the drive would continue in future also.