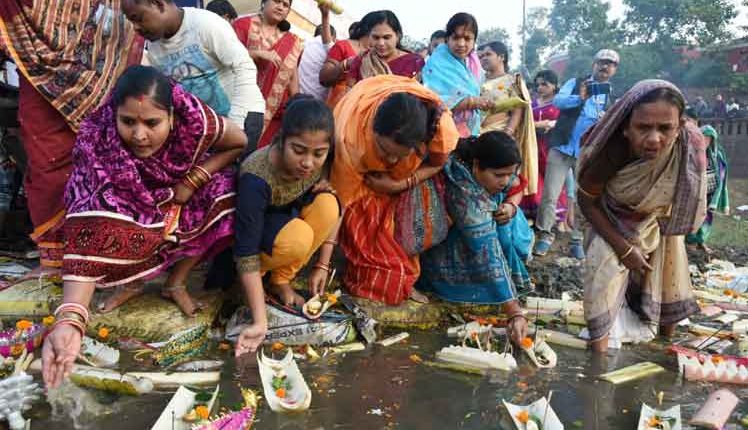 Kartik Purnima is an auspicious day and all Indians wait for it eagerly. It is celebrated in different ways across the country. From Amritsar to Assam and Prayagraj to Puducherry everywhere people celebrate this holy day of Kartika Purnima with a divine spirit.

This is the day both Hindus and Sikhs wait for. This is the birthday of Guru Nanak Dev, the first Sikh guru. His birthday is celebrated as Prakash Parv or Prakash Utsav. Similarly, Hindus go for divine worship in Varanasi and Puri, the holy dip in Prayag, the Pushkar Mela in Rajasthan, the Ras Utsav in Bengal, Tripura and Odisha.

Different from all these, Odias have something exclusive of their own on this holy day – Boita Bandana (decorating and worshiping ships, boats). This is the day when all Odias, poor and rich, rural and urban, beggars and business tycoons congregate near water bodies and float replicas of boats made of banana stem, paper, thermocol, etc. They light lamps in memory of the ancient traders called ‘Sadhavas’ who had established overseas trade links. Betel leaves, areca nut and rice are put in the small boats.

Children compete with siblings and neighborhood friends to make the finest boat-replica using banana stems. In general, children do not know the underlying philosophy of this festival. Most people do not know it is not all about myths or beliefs. In other parts of the country or the world, the festival has a link with Lord Shiva, his son Kartikeya, etc.

‘Sadhavas’,  the Odia traders used to start their voyage on Kartik Purnima day and ‘Sadhavanis’ ( their wives ) used to bid them farewell by worshiping them and the ships. Even today, ‘Sadhavanis’ organise the customary Boita Bandana in various parts of the state.

‘Sadhavas’ from Odisha used to mainly go to Sri Lanka, Java, Borneo and Bali in Indonesia and Sumatra in Malaysia. They used to stay in these foreign lands for months together facilitating social and cultural exchange. One can sense it even now.

There are hundreds of towns and villages in Indonesia with similar names as those in coastal Odisha. Balijatra (the festival dedicated to trade and culture which starts following Kartik Purnima ) in Cuttack and Paradeep has its name linked to Bali in Indonesia. There is plenty of other archaeological evidence about Odisha’s maritime history. Antique pots, coins and materials used in ports have been found in a large number at the Odisha coast. The ‘Sadhavas’ not only shipped the products of Odisha (silks, filigree, bronze works, terracotta, grains etc) but also the culture and tradition along with them.

This festival, with cent percent support from history, has something even more amazing. This is the festival of mass thanksgiving, not to any deity but to the traders who had made Odisha rich and prosperous. This is an occasion that centres itself on human beings — by, for and of. Unlike Pitrupaksh (where the whole Aryan community performs Pinddaan for their ancestors, mainly the ancestors they know), Boita Bandana is nothing but the heartfelt gratitude of a whole community (Odias) to those traders whom they have not seen.

This spectacular festival reminds us of Bihar’s Chhath. Both Boita Bandana and Chhath are wee hour rituals. Chhath is a unique festival dedicated to the Sun God (the most visible deity) and Chhathi Maiya (mother nature). But the polluted ghats of Ganga (Patna) Burhi Gandak ( Muzaffarpur), Phalgu ( Gaya ) to name some, force people to complete the Chhatpuja rituals in their courtyards.

Contrary to this, Odisha’s geography supports celebrating Boita Bandana in a better way. Odisha’s vast coastline, relatively less polluted rivers and the village ponds are the supporters. Chhat would have been even more spectacular if Bihar had a coastline. This deficiency had prompted the Magadh King Ashoka to invade Odisha/the then Kalinga (as some historians say ) in 3rd century B.C. Ashoka had the desire to acquire a
sea front and leave the legacy of a great maritime history which Magadh did not have.

Boita Bandana is observed to remember maritime history, celebrate the present and pray for its revival in the future. Unlike earlier, boat-replicas are now sold in large numbers. Kartik Purnima offers an opportunity to boat-makers to earn a fast buck.

Now, with Paradeep port becoming one of the largest ports of India, the Government of Odisha is trying its best to revive the maritime history of the land. Similarly, the 480 km long Odisha coast has enough potential for marine trade. Ports like Dhamara, Gopalpur are emerging as centres of trade and commerce. Odisha has a rich history of overseas trade and is equipped to make it a reality now.

Depression In Bay Of Bengal Likely To Intensify Into Cyclone: IMD

Three Generations Of Deols ‘Dharmendra, Sunny, Bobby & Karan’ To Be Seen In ‘Apne 2’

Musings Of A Pet Parent

[In Pics] Odias In Netherlands Celebrate Boita Bandana In…

Loy Krathong Is To Thailand What Boita Bandana Is To Odisha