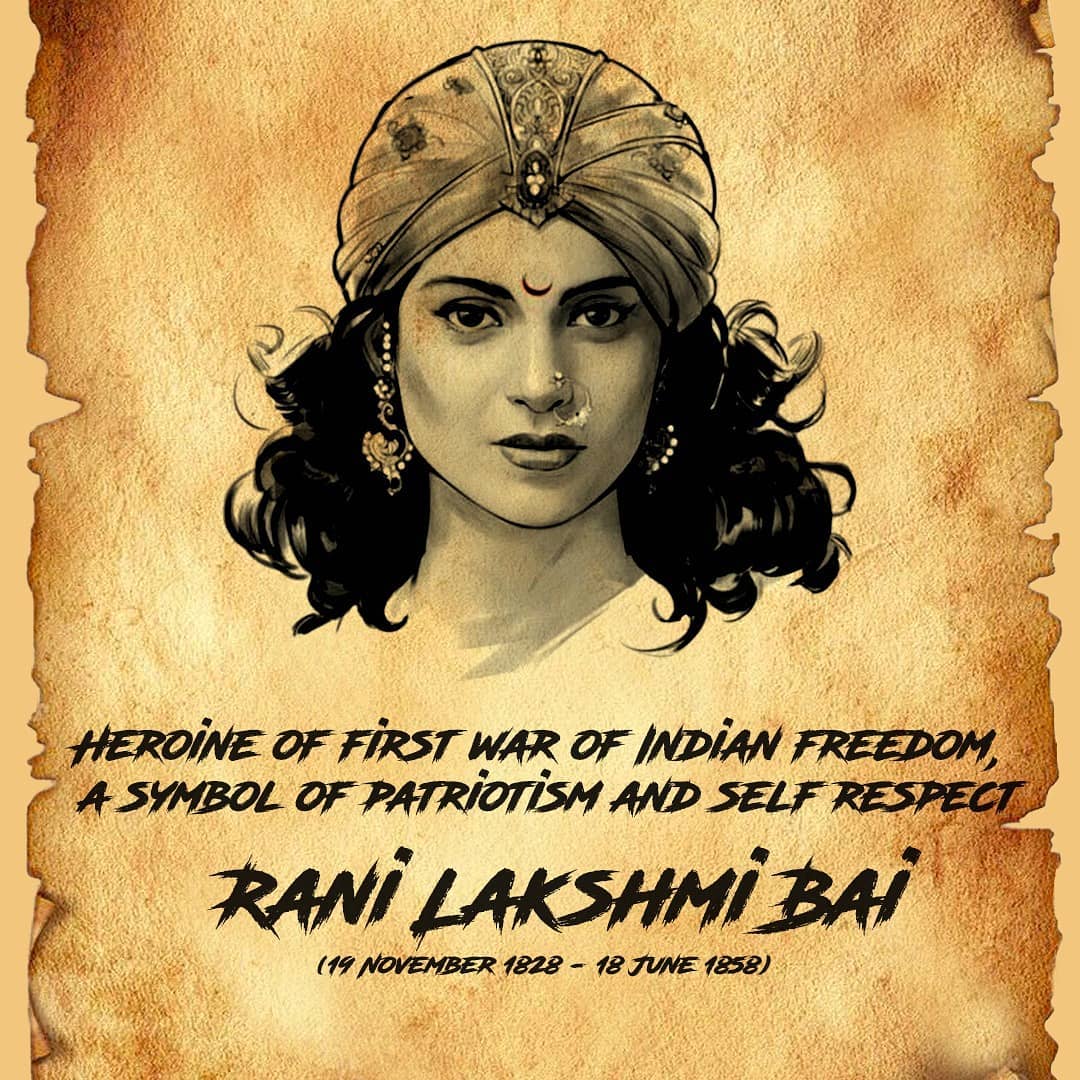 A new poster was shared on Monday as a tribute to the freedom fighter on her 160th death anniversary. It is a sketch of Kangana as Laxmibai with a slogan, “Heroine of first war of Indian freedom, a symbol of patriotism and self-respect.”

Kangana’s official fan club shared it on Instagram with the caption that read, “Remembering one of the bravest women that ever lived, Rani Laxmibai.”

‘Manikarnika- The Queen of Jhansi’, is a film about Rani Laxmi Bai played by Kangana, that highlights the 1857 rebellion against British.

Remembering one of the bravest women that ever lived, #RaniLaxmiBai #Repost if you can’t wait to witness her epic story on screen #KanganaRanaut as #Manikarnika. #deathanniversary #tribute #martyr #Queen #warrior #history

The release date of the movie has not been finalized yet. It was initially slated for April release but the makers have decided to shift it to August-September. “We have mounted the movie on a scale that’s hard to imagine. We don’t want to release too close to a film that would eat into our business. While we want to release the film between August and September, we have not zeroed in on a date yet,” said co-producer Kamal Jain. They are working out on a possible date to avoid any clash with Rajnikanth’s ‘2.0’.

Pictures of Kangana’s on shoot stills are also doing the rounds on social media and she looks nothing less than a goddess.