Bollywood Actors Whose Roots Can Be Traced To Afghanistan 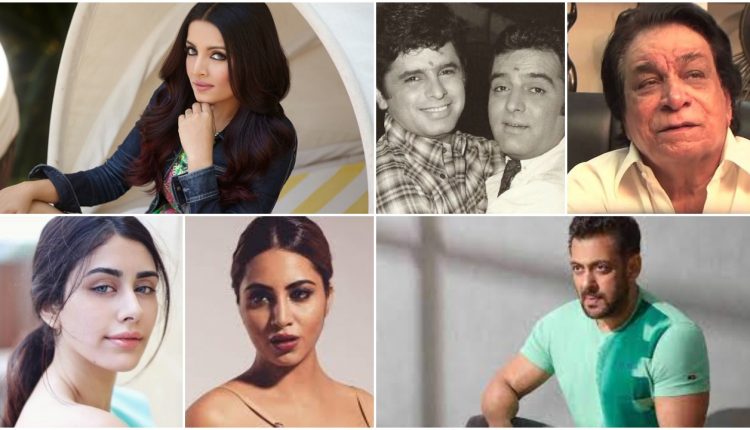 Bhubaneswar: Around 150 Indian citizens, who were allegedly picked up by the Taliban this morning, have been released and are now inside Kabul airport. They will be airlifted out of war-torn Afghanistan soon, the NDTV reported.

Many Bollywood celebrities took to social media to express their fear and sadness over the grim situation after the Taliban seized the capital city of Kabul in Afghanistan after a week of armed conquest. But did you that a few of these stars are actually of Afghan origin?

Bhaijaan Salman Khan is basically an Afghani and his great-grandfather Anwar Khan had fled from Afghanistan in the 18th century and settled in Indore. His ancestors were Alakozai Pashtuns which is a part of the Yusufzai tribe. This has also been mentioned in his biography titled, Being Salman.

They were born to Sadiq Ali Khan, who was an Afghan Pashtun Tanoli from Ghazni in Afghanistan, and Fatima, who had Persian ancestry from Iran. Their father later settled in Bangalore where the Khan brothers were born. Feroz Khan, Hema Malini, Rekha and Premnath shot their 1975’s film, Dharmatma in Afghanistan. He also filmed Janasheen, starring his son Fardeen Khan, there.

The late actor was born in Kabul. He was an ethnic Pashtun of the Kakar tribe. His father, Abdul Rahman Khan, was from Kandahar, Afghanistan while his mother, Iqbal Begum, belonged to Balochistan, Pakistan. His family later migrated to Mumbai.

The actress was born in Kabul, and her first film Janasheen was shot in Afghanistan, post-Taliban reign. Celina’s mother Meeta was an Afghan Hindu. She worked as a nurse in the Indian Army, while her father Vikram Kumar Jaitly was a Colonel.

She was born on 23 February 1999, in Kabul, Afghanistan. Warina made her Bollywood debut with Loveyatri, which was produced by Salman Khan film’s production. She often visits her homeland and had recently met Afghanistan’s first woman Consul General, Zakia Wardak.

Bigg Boss fame actress Arshi Khan is an Afghani Pathan, and her family belongs to the Yusuf Zaheer Pathan ethnic group. Her grandfather had migrated from Afghanistan and was a jailer in Bhopal. They had moved to India when she was only 4-year-old. Arshi is an Indian citizen now.