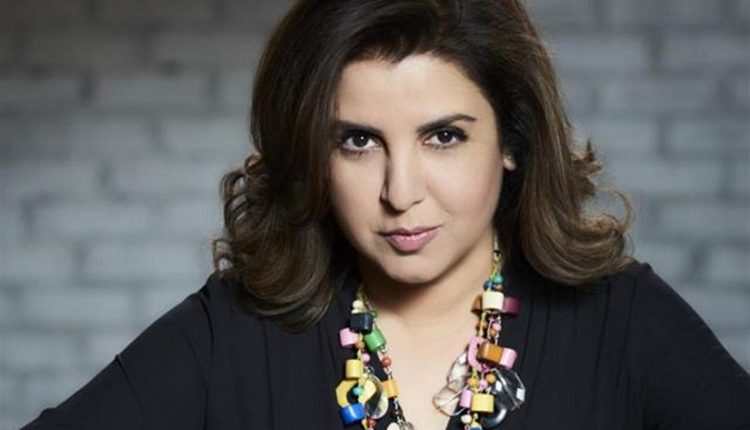 Dance choreographer Farah Khan who turns 58 today, has had a three-decade-long journey in Bollywood and has broken many glass ceilings along the way. Beginning with her first film as a choreographer, Jo Jeeta Wohi Sikandar, she later also became a  successful director, TV host and even an actor. Today, no one in the film industry can ignore Farah Khan.

Actually, she was a part of the industry even before she made a foray as a choreographer. A young and skinny Farah appeared as a background dancer in the 1985 Jagdeep starrer, Saamri. She was also in the 1987 film Jalwa (although not visible) dancing behind Archana Puran Singh.

What is more, she was also a part of the ad for Lakhani chappals featuring Salman Khan and Sangeeta Bijlani.

The big break came when she was hired as an assistant choreographer by Mansoor Khan for Jo Jeeta Wohi Sikandar. However, before this film was released,  she bagged Kabhi Haan Kabhi Naa (1994) followed by 1942: A Love Story (1994). “Vidhu Vinod Chopra and Sanjay Leela Bhansali, who was Vinod’s assistant, came to Mansoor’s bungalow. We showed them the songs of Jo Jeeta Wohi Sikandar, and that’s how I was signed on to work with Sanjay. He was Vinod’s main assistant, and he was in charge of the songs. So, Sanjay and I used to work together,” she told Bollywood Hungama in an interview.

Farah prides herself on being the only choreographer who makes the script of a song, something she learnt on the set of Kabhi Haan Kabhi Naa from Kundan Shah. “My paper is very famous. I handwrite the song and break it up into shots, like what will be happening, where the trolley will move, etc. So, it’s like a proper script. I am lost without it. All that I learned from Kundan,” she told Bollywood Hungama.

According to Farah Khan, she got a solid foundation because she also worked with great technicians of the time. She learnt the process pf editing from Renu Saluja who was the editor of 1942.: A Love Story and Kabhi Haan Kabhi Naa.

The year 2004, marked the beginning of Farah’s career as a director with Main Hoon Na and then Om Shanti Om in 2007. Both ran to packed houses and are popular to this day. In 2010, she became a producer with Tees Maar Khan.

NGT Direction To Odisha Govt On Illegal Mining In Dhenkanal; Know What It Says