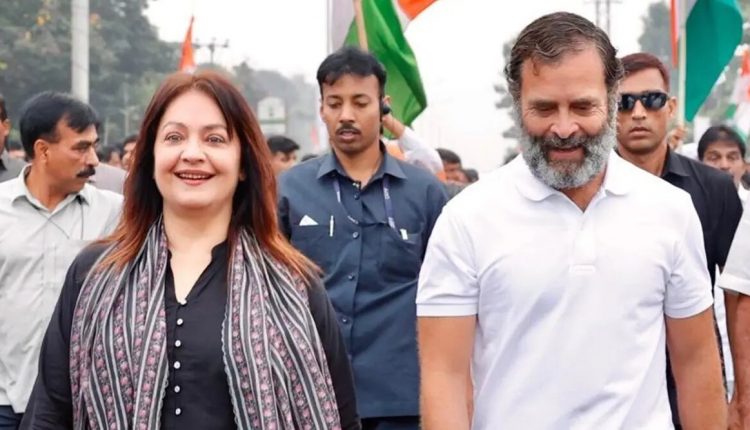 New Delhi: Filmmaker and Bollywood director Mahesh Bhatt’s daughter Pooja Bhatt joined the Congress party’s ‘Bharat Jodo Yatra’ for a brief duration on Wednesday. In a video shared on Twitter, Bhatt is seen conversing with party leader Rahul Gandhi as she walked alongside him. This makes her the first noted Bollywood celebrity to have joined the yatra.

Clad in a black full-sleeve kurta and a printed stole, she waved to supporters who cheered her appearance.

The march, led by Gandhi, resumed from Hyderabad in Telangana on Wednesday morning.

Several Telangana party Congress leaders joined the yatra on its 56th day. The march began in Kanyakumari on Sept. 7 and traversed through Tamil Nadu, Kerala, Karnataka and Andhra Pradesh, before heading to Telangana.

The #BharatJodoYatra resumed from Hyderabad city in Telangana this morning .#ManaTelanganaManaRahul pic.twitter.com/JG5Ot4p6cj

No Exit Or Opinion Poll Till Polling At Dhamnagar In Odisha Tomorrow; Check Other Details