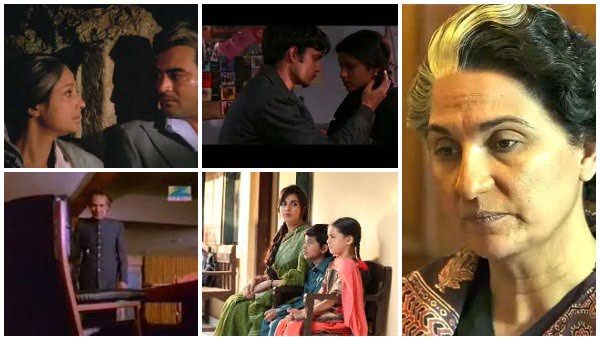 Bhubaneswar: Today is the 36th death anniversary of India’s only female prime minister Indira Gandhi. She was assassinated by her bodyguards on October 31, 1984, in retaliation to Operation Blue Star.

Bollywood filmmakers have made movies on politicians and politics of India and a few have based them on the life and time of Indira Gandhi.

Set during the Emergency imposed by Indira Gandhi between 1975 and 1977, Indu Sarkar makes references to several real-life incidents that took place during the period – the forced vasectomies, the demolition of slums and police firing at Turkman Gate in Delhi under the guise of city beautification, the crackdown on the press and political activists, and the minor and major acts of resistance. The movie by Madhur Bhandarkar stars Kirti Kulhari, Neil Nitin Mukesh, Anupam Kher, Tota Roy Chowdhury and Supriya Vinod.

The film, starring Konkana Sen Sharma, traces the journey of a 21-year old American-Indian girl during her visit to relatives in India woven around the true events of the 1984 Sikh genocide. Shonali Bose made her directorial debut with the movie, which was based on her novel.

The Indian political drama film, starring Sanjeev Kumar and Suchitra Sen, and directed by Gulzar, invited comparisons of its protagonist Aarti Devi (Suchitra Sen) to Gandhi. The movie was reportedly based on the love story of Indira Gandhi and her husband Feroze Gandhi. The makers promoted Aandhi through posters that read, “See your prime minister on screen” as the film released during Indira’s term. It was banned then. The ban was lifted after she lost the next elections.

Most recently, Lara Dutta’s transformation into the late Indian Prime Minister Indira Gandhi caught most attention in Bell Bottom (2021), a 1980s-set film is based on a story of an undercover RAW agent, who is on a mission to rescue over 200 hostages from a hijacked Indian plane.