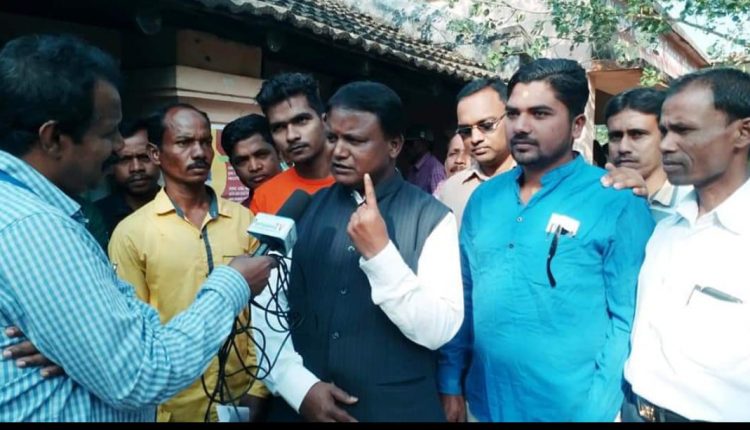 Keonjhar: The BJP legislator of Keonjhar Mohanj Majhi on Tuesday filed a police complaint alleging that some BJD leaders had illegally posted his photograph with one of the accused in the bomb attack on his car in the social media.

Majhi in his complaint said the photo shows him standing beside the accused, Manmohan Das alias Munna. But the fact is that the original photo was taken while he was returning after casting his vote in a booth in the general election on March 23, 2019. One of his associates Priyaraj Barik wearing a blue shirt was standing on his left in original photo.

The MLA alleged that Bibhu Prasad Chakra, a member of BJD’s youth wing, posted a photo replacing the face of Priyaraj with that of Munna in his personal Facebook account. Majhi also said Bibhu posted the picture on the direction of district president of BJD’s youth wing Soumya Shankar Chakra alias Raja.

“The action of Bibhu Prasad Chakra is illegal, motivated and against the provisions of copyright Act and is punishable,” the MLA stated in the complaint.

The IIC of Town police station said she had received the complaint and necessary action will be taken after investigation.