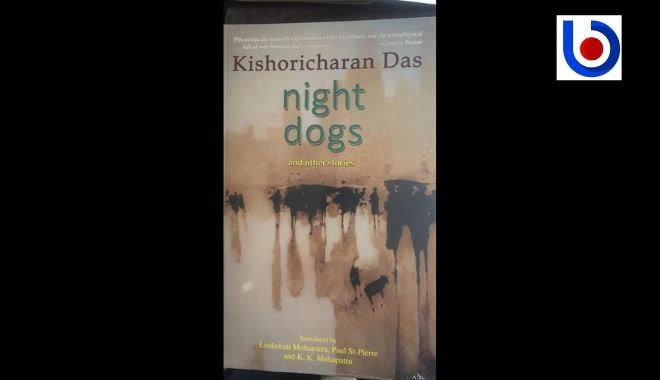 The book under review is a new translation of eleven short stories by veteran Odia litterateur Kishoricharan Das. The stories in the present volume take the reader on an unsettling journey into the messy, splintered mindscapes of the ordinary characters who populate its pages. On the surface, these are characters firmly entrenched in different versions of what can only be called a humdrum existence; yet, the author’s searching gaze lays bare a psychic terrain littered with ambivalences. These are people playing games with each other and with their own selves, while often unaware of their true motives which reveal themselves in fits and bursts throughout the narrative. The author uses the interior monologue to great effect, allowing the reader glimpses of truth as the characters go on with their charades. Most of these stories lack a traditional structure, with no clear-cut resolution or closure. There’s the distinct impression of the story continuing beyond the page. The translation reads fluidly, hardly seeming like a translation at all.

The titular story Night Dogs leaps from the trivial to the metaphysical as the dogs making an unholy racket at night time and depriving the petite bourgeois protagonist of sleep foreshadow nocturnal interlopers of a more dangerous kind. The writer superbly portrays the creeping atmosphere of menace that plagues the lives of ordinary people caught up in ideological strife. The reader is left wondering if apathy is the last possible response of the helpless everyman. In Waiting for the Bombing, the narrator grapples with existential terror, attempting to cope with the senseless violence around him. He alternates between justifying to himself why he ought not to die as a lover of beauty and peace, and trying to evoke some subterranean darkness within to embolden himself. It is delicate and disturbing at the same time.

In Night Dogs the writer conveys with wry irony how stubbornly the narrator clings to his profession as an accountant for a secure sense of self. A similar preoccupation is found in Poison, where the comic-ironic mode is much more pronounced. We are privy to the hypocrisies of the ‘urbane’ narrator and his group of friends in the course of a conversion ranging from imported washing machines to rising income tax. In a masterly stroke, the writer exposes the narrator’s obsession with status as he spirals into anxiety about his ‘simpaticos’ employing a bona-fide butler while he could manage only a shabbily dressed manservant. The said butler becomes the locus of his snowballing tension as the narrator imagines their façade at playing rich being eviscerated through the penetrating eyes of the former.

We see people straining to keep their precarious self-mythology intact, even as external events force them into self-contradiction. In A Red Evening, the narrator is torn between vague revolutionary impulses and a desire to join the ranks of the elite. The author is at his satirical best when the narrator, a self-avowed plebian, progresses from wishing death on his capitalist friend to lamenting the absence of such ‘blessed company’. Such a volte face leaves the reader feeling almost dizzy, but it masterfully conveys the ambivalence at the core of desire. A similar impasse is found in Wild Peacock, where the unmarried female protagonist, an accomplished doctor who scoffs at the silliness of housewives, betrays her longing for intimacy and domestic felicity. She can only uphold her image of self-sufficiency at the expense of her femininity. These are people divided to their vein, to use the words of Derek Walcott.

The stories, The Dispossessed and The Atheist, dealing with the loss of a child, are the most poignant of the lot. The former portrays the tormented psyche of the bereaved mother, veering from rage to sorrow to resentment. Commiseration turns out to be well-meaning but futile at best and casually insensitive at worst. The Dispossessed brings to stark relief the very private nature of grief – the grieving parents, instead of finding understanding over their shared tragedy, feel alienated from each other. The Atheist broaches the matter of parenthood rather differently –we have two doting fathers, one of whom is unselfconsciously god-loving, while the other prevaricates about his faith. They both react in telling ways when their respective children fall ill – the former shows a striking degree of forbearance which baffles and frustrates the latter. The writer shows, with characteristic subtlety, how his insecurities regarding his lack of faith bear upon his anxieties about his own child. His apparent atheism crumbles as he fervently hopes that his son would recover while telling himself that it was a matter of premonition, not desperate belief.

The Broken Taj deftly handles the ghost of adultery through the confusion of its child-narrator. The reader sees and understands the elephant in the room as the 10-year old protagonist wrestles to come to terms with the truth behind her observations. She instinctively realises the nature of her predicament, but dare not voice it out loud even in the confines of her mind. She tiptoes around the dreadful realisation, but shies away from outright acknowledgement. The narrative is a brilliant instance of oblique storytelling. Fire and Ashes is equally skilful in its use of misdirection. The trajectory of suppressing discontentment takes an unexpected course here: the unhappy housewife clings to her general identity as a harridan like an armour. Forthright and sharp tongued, she nonetheless wishes her husband to see her as delicate and womanly. Her husband’s meek acceptance of her strong personality secretly chafes at her and perversely intensifies her gorgon-like demeanour. Almost unknown to herself, she falls for the gallant attention bestowed on her by her husband’s friend; but even when her husband passes away, she can’t come clean to herself about her affection for another man. Instead, she chooses to assuage her feelings of guilt by making a public spectacle of abusing the supposed homewrecker who destroyed her marital felicity.

The Visitor is another instance of projecting one’s own misgivings onto another. The narrator, a happily married housewife, abhors the elderly acquaintance from her past who had been in the know about her premarital affair. He becomes the embodiment of everything obscene and repulsive – the narrator cannot even conceive of his possessing a single virtue. Every overture of his is read as a threat against her present happiness. Her old affair sits in her mind like an iron weight, a blot on her picture-perfect image of bourgeois morality. Companions in Sorrow might as well be said to be a glimpse into the lives of the perfect couple years into their marriage, only this time through the lens of the husband. The feeling of romantic triumph no longer exists, and with a chronically ill wife, the narrator seeks amusement elsewhere. The story ends with a semblance of understanding between the spouses, as they realise their woes are their own to bear.

All the above stories are united in their refusal to submit to a contrived sense of closure. The felt-ness of life, with all its ambiguity and irresolution, spills over every page and lingers in the mind of the reader. What is perhaps the most arresting about these stories is that they offer glimpses and reflections of the more shadowy yet undeniable parts of our own selves. Unveiling the deceptions his characters engage in like a lifeline, the author unveils the reader as well.

(The writer is a research scholar at the department of Humanities and Social Sciences, ITER, Bhubaneswar)