Boycott Culture: How It Can End Cinema Halls, Livelihoods 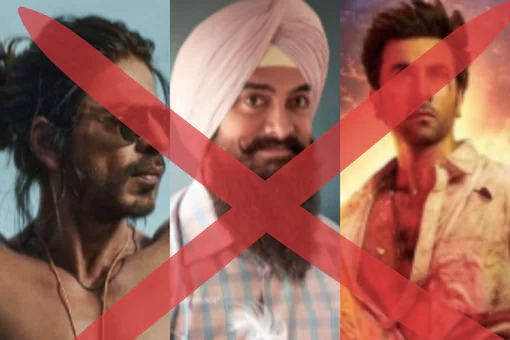 The pandemic battered the theatre business, now the boycott trend is out to deliver it the knockout punch. Single theatres in several small towns have shut shop or are on the verge of doing so. The business was always a risk-loaded one, and the long lockdown, followed by limited entry to theatres had made it financially unsustainable. The growing popularity of streaming services in this period had already made things difficult; it has gone worse with footfalls getting scarce due to boycott calls that have become routine. With big releases featuring bankable stars sinking at the box office, hope for the survival of the theatres, single as well as multiplexes, is under serious threat.

As this piece is being written there is news that Akshay Kumar-starrer psychological thriller Cuttputli will release on an OTT platform. After three back-to-back duds from the star, the makers have chosen the safer route. This could be the beginning of a major shift in the business of entertainment. All production houses are likely to follow the example and prioritise streaming platforms over theatres. It is worth mentioning here that Akshay Kumar’s Raksha Bandhan had faced the ire of the online boycott brigade and ended up with dismal returns. Aamir Khan’s passion project Laal Singh Chaddha had a similar outing amid a vociferous online campaign seeking boycott of the movie.

It’s not clear whether such campaigns actually damage the prospect of a movie – Aamir’s Dangal was a massive success despite boycott calls – but the calibrated negative campaign and the fear of violence at the theatres are certainly a disincentive for the film lovers to move out of homes. Whatever the case, the failure of Akshay and Aamir’s new releases has emboldened the boycotters to up the ante against the entertainment industry. They have shifted to new targets. These include Hrithik Roshan’s remake of Tamil hit Vikram Vedha, also starring Saif Ali Khan, Shahrukh Khan’s Pathaan and Vijay Deverakonda’s Liger. If the trend continues the obvious option for filmmakers would be to ignore theatre releases altogether and shift to OTT platforms. The latter is not a foolproof option but it minimises monetary loss.

They would not mind it much. Most of them hedge their risks and recover costs even before a film is released. While OTT platforms are a new window and they offer good money, particularly for works of big stars, to host movies exclusively, the filmmakers sell satellite and video rights and music rights before the release of a film. Distribution rights in the growing international market are decided beforehand. Moreover, there is in-film advertising where brands are strategically placed. All of it means a good part of production expenses are already taken care of. A reputed production company with a strong star cast thus can rake in profit before its movie reaches the public.

However, the collection at the ticket window supports the entire value chain down the order, beginning with distributors. While earnings here only burnishes or diminishes the star’s reputation as a sureshot audience-puller, it means jobs and livelihoods for many others right from the theatre owners to the clerk at the booking counter. For the latter and others working at theatres, it means salary to run their homes. The success of big stars and big movies ensures that their jobs are safe. If top production houses decide not to bring their work to cinemas it would be a blow to the jobs dependent on theatres. The boycott culture is ensuring this.

Many theatres in the country have turned into shopping malls or warehouses already. Post the streaming platforms, the trend of watching movies at home has caught on. It has not helped that the Hindi film industry has gone shallow on content. Dependent primarily on sequels and formulaic storytelling, it has lost its core audience. It’s no surprise that creatively superior cinema from the South is finding eager acceptance across the country. Making it worse is the negativity spread among the potential audience by the champions of the boycott culture.

Come 2023 And Miss Universe Will Allow Mothers, Married Women To Enter The Pageant