Social Media CampaignNews You Can Use 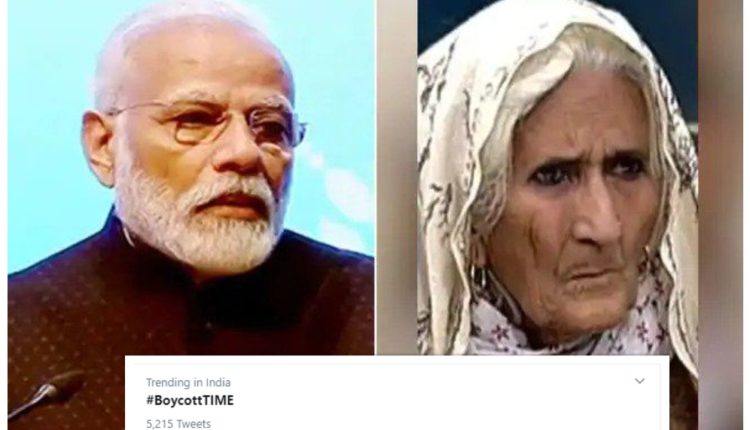 From Adolf Hitler in 1938 to Donald Trump in 2016, the magazine has drawn flak from several quarters of its choice of the influential persons.

While Prime Minister Narendra Modi received criticism for threatening democracy, another Indian on the list was a curious addition for her unwavering protest against contentious Citizenship Amendment Act. Bilkis, one of the ‘dadis’ (grandmothers) who became the face of the historic Shaheen Bagh protest against the CAA and NRC, has also found a place in the Times ‘100 Most Influential People’ list.

It is pretty much evident that TIME picks person or thing that have had the greatest impact on the news, for good or bad.

The profile of Bilkis in the TIME magazine list is written by journalist and writer Rana Ayyub while, PM Modi’s piece is by Time correspondent Karl Vick.

However, Twitterati took to the microblogging site trending #BoycottTIME and criticized the dexion to feature Bilkis in the magazine among the ‘100 Most Influential People’. Here are some of the tweets:

#TIMEMagazine is the mouthpiece of Communist and liberals and good for nothing.

#BoycottTIME
Shame on Time magazine. They are proving they are anti India. Now did it once more.
Shame!Shame!Shame! pic.twitter.com/fEacGLdMSX

Shaheen bagh protestors was named as TIMES 100 most influential person.

#BoycottTime With the act of naming Bilkis in 100 most powerful personalities, an old muslim lady in Shahin bag is against india. Govt should ban Time magazine. pic.twitter.com/Iv4i5HzOn9

Isn't the activism overrated in today's world to the point it has become a joke?
Would like to have a complete history of this lady Bilkis to know why is she influential. Pretty sure nobody in India knows her except a handful of 'the gang' #BoycottTIME

Man Pleads but shaheen bagh protestors don't let an ambulance pass?..
So Now Awards nd name in the magazine will be decided on How far jihadis can go for occupation nd cruelity? ..

#TIMEMagazine have placed Bilkis bano among "100 most influential people" in the world.
How can they praise a woman who Face of Riots in New Delhi?
Time to #BoycottTIME pic.twitter.com/PzWLs7JXYQ

Massive Fire Breaks Out At ONGC Plant In Gujarat

PM Modi Gets His First Shot Of COVID-19 Vaccine