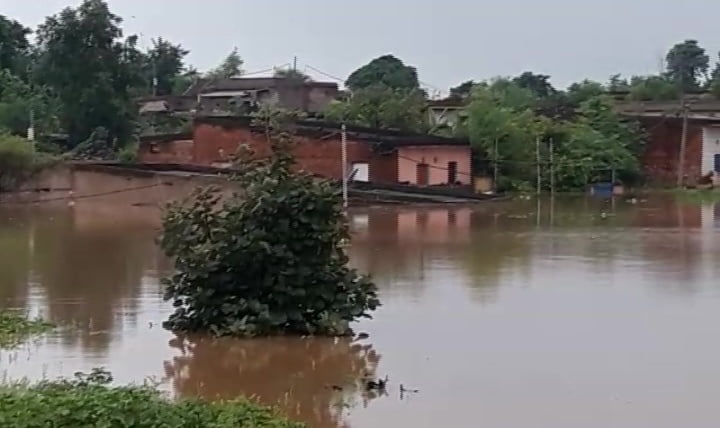 Jajpur: The flood situation in Jajpur is worsening by the minute. The overflowing floodwater from River Brahmani washed away a two-story building in Sahapada area under Rasulpur block due to soil erosion earlier on Friday.

“We had informed the authorities yesterday at 4 pm when the erosion started, they arrived at 9 pm in two vehicles, stayed for 15-30 minutes and then left,” said the owner of the house.

“I had asked for sandbags to stop the erosion but they didn’t provide me with anything to save my house. Now it is gone and we have nowhere to go,” he added.

Reportedly, there was a similar flood in the area in 2011, prior to the building of the house at the river bank. This was the first such flood that the house had to face.

The family said that they barely managed to escape and did not have the time to salvage their belongings before the house was swept away by the river.

The administration has been alerted regarding the incident both through the family and through the media but is yet to provide any assistance.