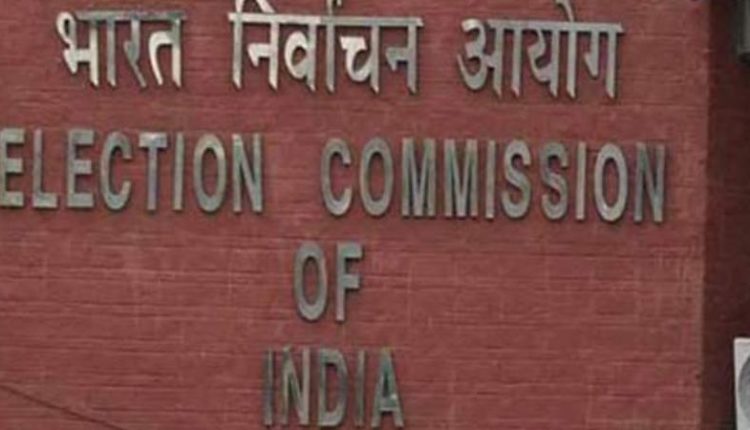 Bhubaneswar: The Election Commission of India (ECI) on Friday announced the final results of the byelection to Brajrajnagar Assembly constituency in Odisha’s Jharsuguda district.

As per ECI’s candidatewise report released in the evening, BJD candidate Alaka Mohanty has polled total 93,953 votes including 163 postal votes.

Ramesh Kumar Tripathy of CPI is in 4th position with 3,105 votes including 9 postal votes. 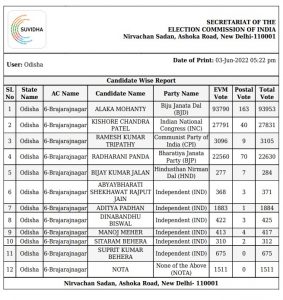 Alaka of ruling BJD has been declared victorious in the bypoll by defeating her nearest rival Kishore Patel of Congress by a margin of 66,122 votes. She is the wife of BJD MLA late Kishore Mohanty on whose demise, the byelection was necessitated.

The surprising factor of the election’s results was that the Congress came second beating main opposition BJP for the first time since 2019 general elections.