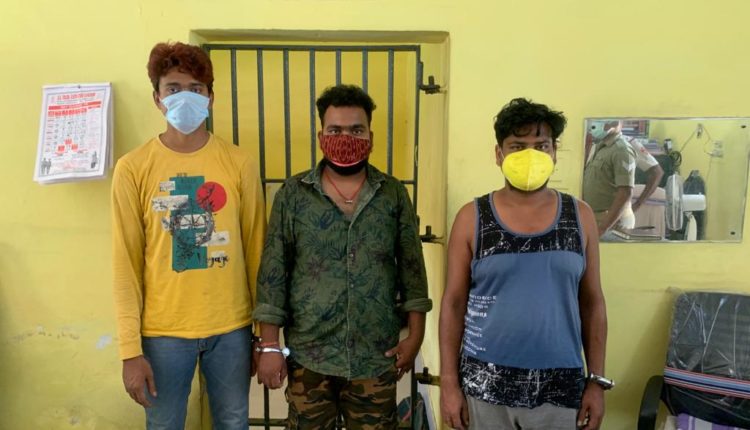 Twin City Police Commissioner Soumendra Priyadarshi on Thursday said the peddlers were caught from a mango orchard near Tinigharia, area under Madhupatna police limits, in Cuttack on Wednesday evening.

Priyadarshi said a special squad of Cuttack Urban Police got a tip-off and rushed to the location to pick up the trio. A motor cycle, cash worth Rs 17,000 and four cellphones were seized from their possession.

He said the contraband was being procured from Balasore and added that the peddlers were supplying to places like Puri, Khurda, Jagatsinghpur, Bhubaneswar and Cuttack.

Investigation is underway to find out if others are involved in the illegal trade and pin down the main suppliers. The probe is likely to throw light on their modus operandi and transit route, Priyadarshi added.

The Commissioner of Police said in the last couple of months DCP Prateek Singh and his team have seized large number of illegal arms and huge cache of brown sugar during raids.