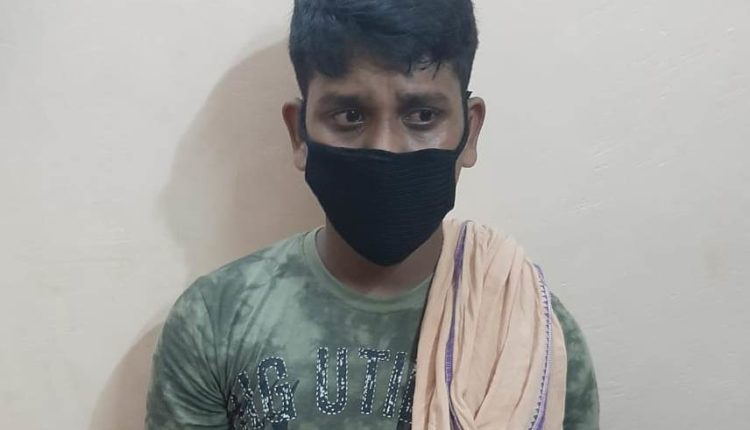 Bhubaneswar: Special Task Force (STF) of the Odisha Crime Branch arrested a youth with brown sugar worth Rs 1.32 kg during a raid at the bus stand in Balasore town. He was forwarded to a court here on Tuesday.

Acting on a tip-off, the STF personnel raided the bus stand on Monday night and seized the contraband worth Rs 1.3 crore and other incriminating materials from his possession.

The arrested youth, identified as Sheikh Riyazuddin of Banka Khajuri area under Sunahat police limits, is pursuing MBA in Bhubaneswar.

He was brought to Bhubaneswar on Tuesday for interrogation and later forwarded to the court.

Following a sustained drive, STF has seized 16.71 kg of brown sugar and arrested 41 drug peddlers so far this year.