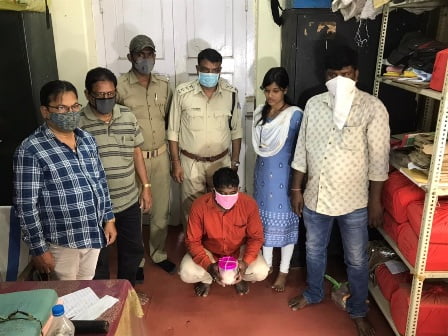 Cuttack: A team of Central Excise officials on Tuesday seized 225 gram of brown sugar during a raid in an area near Bali Jatra ground in the city.

Acting on a tip-off, the team conducted the raid and seized the contraband. The officials also arrested a youth of Jaleswar area in Balasore district in this connection. The seized brown sugar is estimated to cost around Rs 23 lakh, sources said.

The Excise officials have begun the interrogation of the arrested youth.