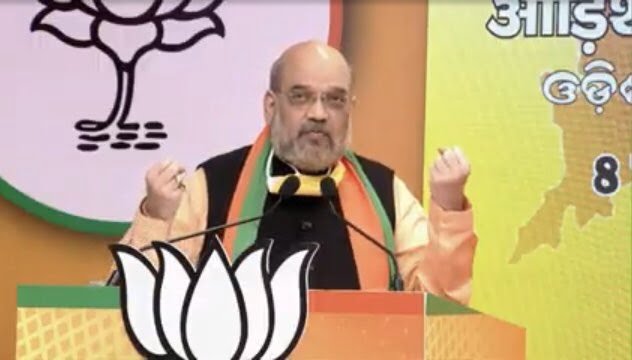 Bhubaneswar: Union Home Minister Amit Shah has urged party workers to build Odisha into an impregnable fortress of the BJP.

“The work started during my tenure is now half-complete. It should be fully completed during the tenure of JP Nadda. Party organisation should be strengthened and Odisha should be a BJP fortress,” the Home minister said while addressing Odisha citizens during a virtual rally on Monday.

Assuring Odisha that the Narendra Modi government is fully committed towards its development, Shah affirmed that the people of the state are with BJP as 91 lakh persons voted for them in last year’s general elections.

Recalling a meeting of Odisha MPs with then-PM Manmohan Singh in 2005, current Union minister from Odisha Dharmendra Pradhan recalled when the state had asked for more money, Singh had commented, ‘Money doesn’t grow on trees.’ In contrast, Modi Govt released ₹500 cr in a day after cyclone Amphan, Pradhan pointed out.

Shah said the Union government has extended a Rs 5,52,109 crore assistance to Odisha in five years.

Giving a detailed account of the Central assistance in the first year of its second term in office, Shah hailed party’s schemes like Ayushman Bharat, Swachh Bharat, Ujjwala, Pradhan Mantri Jan Dhan Yojana and PM-KISAN initiated for the welfare of the poor.

Heavy Rain To Lash Odisha In Next 24 Hours