Heavy Rain To Lash Odisha In Next 24 Hours 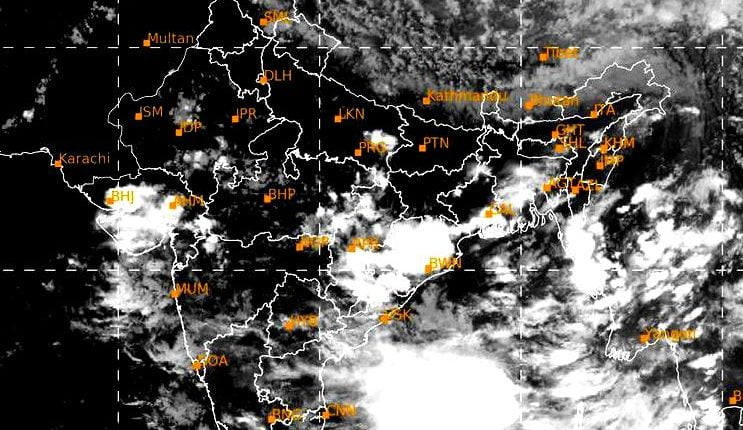 Bhubaneswar: With a low-pressure area set to form over the east-central Bay of Bengal in the next 24 hours, the India Meteorological Department (IMD) on Monday issued heavy rainfall warning for south coastal and south interior districts of Odisha from Tuesday.

In a mid-day bulletin, the IMD said that the conditions are favourable for further advance of the south-west monsoon into some more parts of Maharashtra, Karnataka, Telangana, coastal Andhra Pradesh, and the remaining parts of Bay of Bengal and northeastern states, Sikkim, some parts of Odisha and Gangetic West Bengal during the subsequent two days.

“The cyclonic circulation persisting over the east-central Bay of Bengal will form a low-pressure area during the next 24 hours and move west-north-west and become more marked during the subsequent 24 hours. Under its influence, heavy to very heavy rainfall will lash the south coastal and south interior districts from Tuesday,” it added.

In view of the changing weather condition, IMD has issued yellow and orange warnings for the following districts.

Heavy rainfall at one or two places in Ganjam, Puri, Gajapati and Khurda.

June 10
(Yellow warning)
Heavy to very heavy rainfall at one or two places over the districts of Koraput, Malkangiri, Rayagada, Gajapati, Ganjam and Puri.

June 11
(Orange warning)
Heavy to very heavy rainfall likely to occur at one or two places over the districts of Koraput, Malkangiri, Rayagada, Gajapati, Ganjam, Nabarangpur, Kalahandi and Kandhamal.

June 12
(Yellow warning)
Heavy to very heavy rainfall very likely to occur at one or two places over the districts of Nuapada, Balangir, Nabarangpur and Bargarh.

Fisherman are advised not to venture into the sea from June 9 to June 12 and those in the deep sea are advised to return to the coast by June 9 as the sea condition will be very rough due to the inclement weather in west-central and north-west Bay of Bengal off the Odisha coast.

Meanwhile, the office of the Special Relief Commissioner (SRC) has asked the collectors of the coastal districts to closely monitor the situation, restrict deep-sea fishing and immediately report the intensity of rainfall in their districts.