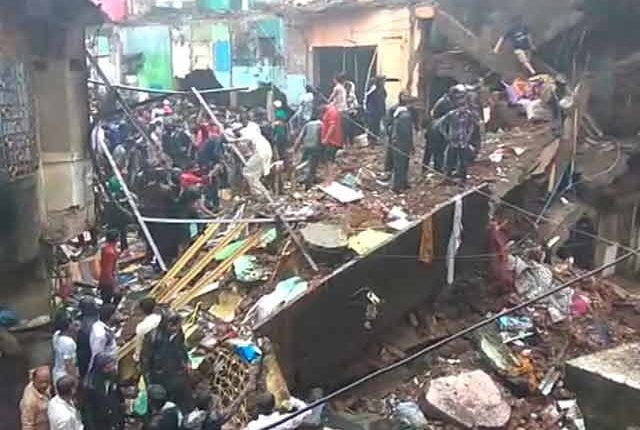 Mumbai: National Disaster Response Force (NDRF) team rescued 11 people, including a child, from under debris after a building collapsed in Bhiwandi here on Monday.

The three-storey building collapsed in the Patel Compound area of Bhiwandi that left at least ten people dead and many injured. The incident happened between 3 am and 3.30 am.

“The death toll has gone up to ten in Bhiwandi building collapse. Five more people have been rescued,” a Thane Municipal Corporation official was quoted as saying by news agency ANI.

“There is no confirmation on how many of the flats were occupied. Around 50-100 residents are fear trapped under the debris. The team has managed to pull out 11 residents alive while ten died. The building is more than 30-year-old and we had served notice to the owner and residents recently,” he was quoted.

Locals rescued 20 people while operations are on to pull the other trapped residents out.

Centre Urged To Take Charge Of COVID-19 Management In Odisha

Mass Shooting In US’ FedEx Facility Kills 8, Including 4…