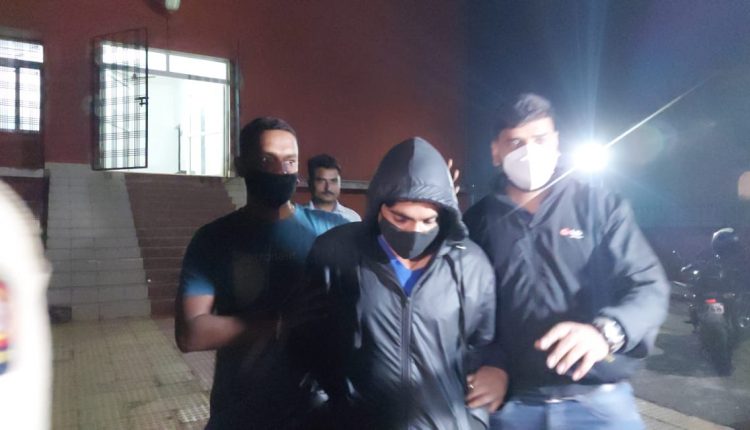 Bhubaneswar: The Mumbai Police on Thursday arrested the fifth suspect, Neeraj Singh, in the ‘Bulli Bai’ app case from Odisha.

He hails from Brajarajnagar in Jharsuguda district and is an MBA graduate.

Earlier, Vishal Jha, Shweta Singh, Mayank Rawal, and the mastermind, Niraj Bishnoi, were arrested in connection with the GitHub app, where images of Muslim women were uploaded for ‘auction’. They are in police custody.

Bishnoi was arrested by the Delhi special cell. After being brought to Mumbai, a court there remanded Bishnoi to police custody till January 27.

Bail plea of the remaining three accused persons arrested by Mumbai Police has also been rejected, Bar and Bench reported.

Brajrajnagar police said SI Ganesh Sirka, west region, cyber police station, Crime Branch, Mumbai placed requisition for arrest of the accused in the case, Neeraj Singh, before the DSP in the morning. Following the permission from DSP, Neeraj was arrested and produced in the court. Later, he was taken in transit remand by Mumbai Police.

Also Read: 21-Year-Old Mastermind In ‘Bulli Bai’ Case Nabbed; All You Need To Know About The Row

Notably, photos of hundreds of Muslim women were put up on the ‘Bulli Bai’ app for ‘auction’. The app came to light after several prominent Muslim women including journalists found their photos, sourced illegally, uploaded for (fake) auctioning to the highest bidders on a webpage on the hosting portal GitHub. The portal, on being opened, randomly showed a Muslim woman’s face as ‘Bulli Bai’. A Twitter handle was reportedly promoting the content on ‘Bulli Bai’.

GitHub confirmed that its user, who was behind the ‘Bulli Bai’ portal, has been blocked, according to official information.

The IFSO unit began investigating the case after a complaint was lodged at the Mumbai police cyber cell on January 1.