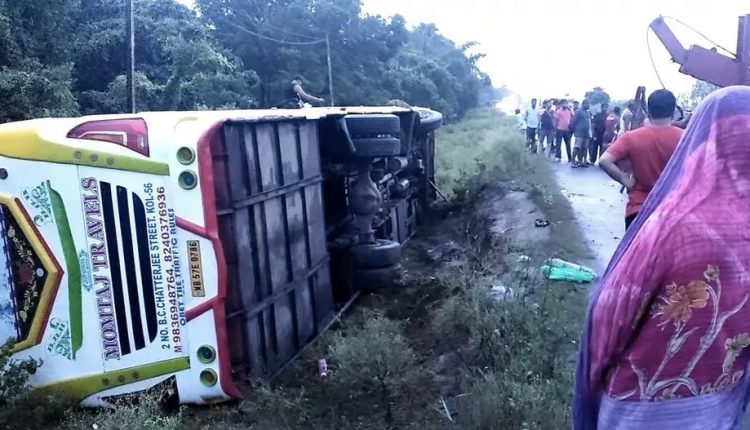 Balasore: Over 30 passengers were injured after a tourist bus en route to Puri from neighbouring West Bengal overturned on National Highway 16 near Talanagar village under Soro police limits in Odisha’s Balasore district in the early hours of Wednesday.

According to sources, the accident took place when the driver of the bus, carrying 75 passengers, lost control over the vehicle near Talanagar Chhak. Soro police and fire brigade soon reached the spot and rescued the passengers.

The injured were admitted to Soro Hospital in five ambulances and 14 among them later shifted to Balasore district headquarters hospital.