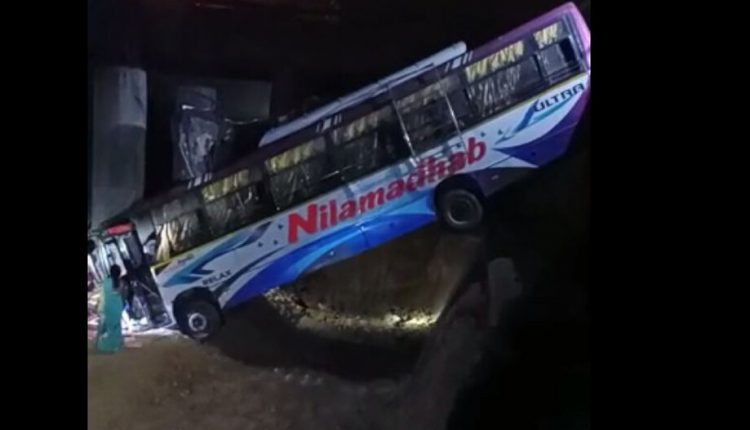 Dhenkanal: Two women passengers were killed while 15 others sustained critical injuries after a bus fell off a bridge on NH-55 near Panchubati under Sadar police limits in Odisha’s Dhenkanal district late on Sunday.

The deceased have been identified as Renubala Jena and Bijayalakshmi Swain of Ichhapur village in Kendrapada.

According to sources, the bus, carrying more than 40 picnickers, was en route to Balangir, and Sambalpur from Kendrapada when the driver lost control over the wheels and it fell into a canal after ramming the bridge railing.

On being informed, the local police along with firefighters arrived at the spot and initiated the rescue operation.

All the injured were first rushed to Dhenkanal district headquarters hospital (DHH). Later, 15 of them were shifted to SCB Medical College and Hospital in Cuttack in critical condition.

An investigation is underway to ascertain the exact cause behind the accident.