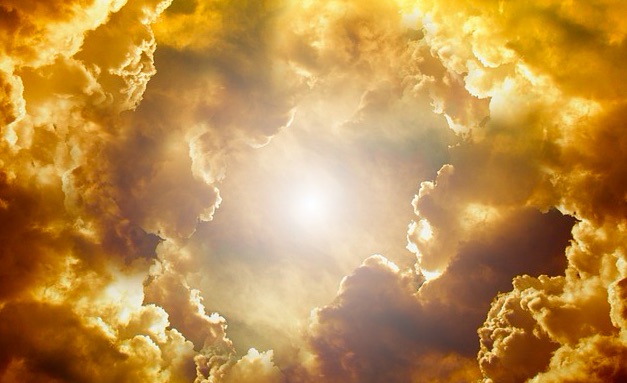 A complex number has four parts (a) whole number, (b) fraction, (c) irrational number and (d) imaginary number. I wish to draw an analogy between a complex number and an individual personality. As per the ‘Johari’ window model developed by American psychologists Joseph Luft and Harry Ingham, personality comprises four components: (a) a set of characteristic traits, which the person knows that she/he has and so do everyone else; these are the whole numbers, (b) a second set of traits, about which only the person is aware, but not others; these are the fractions, (c) the third set, which the person doesn’t know that she/he has, but others know; these are his/her irrationalities and (d) the fourth set, about which neither the person nor anyone else is aware of; it is the unknown space. In this article, I wish to analyse my own personality along these lines.

The whole number part is like an open book. I opened my book only up to the extent I had desired; maximizing exposure of my strengths and camouflaging my weaknesses. A smart and straightforward strategy, I suppose. However, this has enabled me to achieve only the straightforward goals; which would have made me just a face in the crowd, an ‘also ran’.

To attain higher goals converting fractions (skills about which I only knew that I possessed) to higher whole numbers was needed. After Odisha was hit by the Super Cyclone in October 1999, I volunteered for restoration work. Considering my enthusiasm, the government posted me as executive director (ED) of the newly set-up Odisha State Disaster Management Authority. Many, particularly, among senior forest officers were sceptical about whether I had the required skills for this assignment. They thought I was being stupid accepting a job that could badly expose my deficiencies and even in the unlikely event of succeeding, I would be denied credit for it as a rank outsider to the new system. However, I saw an opportunity, that could establish my credentials as a public servant. As the ED, I got numerous opportunities to coordinate with various state government departments, the Government of India, civil society organisations, international multilateral and bilateral agencies, etc. These helped to refine my communication and negotiation skills and I was quite at ease interacting with a varied range of stakeholders. It also gave me good exposure to policymaking. I had the satisfaction of drafting the State Disaster Management Policy, the first of its kind in the country. Similarly, in some of my other postings, particularly in State Pollution Control Board, World Food Programme, Indira Gandhi National Forest Academy (IGNFA) and as Director General of Forests, I got several such breaks to be innovative. And I upgraded a number of fractions.

There were some skills that my teachers, parents and peers thought I could be proficient at, but I never cared; quite irrational on my part. During my school days, my teachers wanted me to participate in debates, and essay competitions and write for the school magazine. But, I always thought I wasn’t any good at those and felt such activities would eat into the time that I wished to devote to my passion: music and sports and games. (Not that I was a great musician or a sportsperson!) Only during my tenure as Professor at IGNFA from 1993 to 1998, the probationers made me realise that articulation, presentation, eloquence, etc. were my forte. I realised, although I was neither a great academician nor an eminent forest scientist, nor a distinguished policy analyst, I was not all that bad either. It dawned on me that my strength lay in coherent articulation and skilful presentation of whatever I had assimilated, for better appreciation by varied interest groups. As Alexandra Elle puts it, “I am thankful for my struggle because without it I wouldn’t have stumbled across my strength.” My wife always believed that I could be a good writer, but I had my reservations. However, on her insistence, I started random writing after retirement and cherished the compliments I received for it.

However, I feel my accomplishments, whatsoever, are more due to working in the unknown space than utilisation of skills in the above three known spaces put together; just like an iceberg. Many a time at critical crossroads, I had absolutely no clue on which path to choose. In such situations, I often dared plunge into the dark zone with options based on intuition, impulse, ‘sixth sense’ or any other term that one may like. I took chances to explore unfamiliar terrains. I believed, most good things (for that matter bad things) in life happen by chance or accident; success, surprises and shocks are seldom planned. I was convinced that to a great extent, overall success depended on performance in the unknown space. However, while listening to the heart, I was always guided by my head. Invariably, after the dive into darkness, I found light showing the right path, found supporting hands of friends, colleagues and well-wishers and safety nets, around me. I felt a divine hand guiding me; both in my personal life and professional career (and I hope it will continue to guide me).

Rationalists generally, ignore the dark zone and pitch their argument based on whatever meets the eye. But, how can one wish away the dark zone, a major component, just because one doesn’t have access to it? In spite of such advancements in science and technology, many mysteries are yet to be unravelled. As per Confucius, “Real knowledge is to know the extent of one’s ignorance” and Socrates believed, “The only wisdom is in knowing you know nothing.” Creativity emerges out of illogicality; ideas which are initially dismissed as outrageous. Inventions which have brought in paradigm shifts in our quest for knowledge often were initially dismissed as eccentricities of the inventors. I believe, one transcends from foundational to rationality, then to irrationality and finally to creativity. Whatever that I may have achieved, including my ability to write this series, is only by the grace of God.