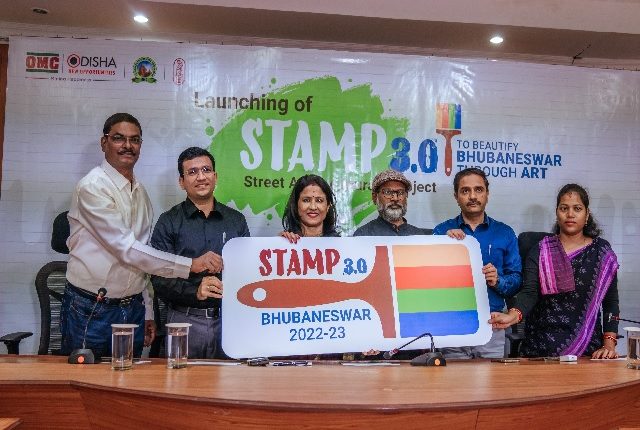 Bhubaneswar: To give city walls a new look with life-size murals ahead of FIH Men’s Hockey World Cup in January 2023, The Street Art and Murals Project (STAMP) 3.0 has been launched in Odisha’s capital by the Bhubaneswar Municipal Corporation (BMC) and Bhubaneswar Development Authority (BDA).

The civic body will spend around Rs 3 crore on the beautification programme, said sources.

“The murals and wall artwork under the project ‘STAMP 3.0’ will be completed by December-end. This year the theme-based paintings will be done as per the feedback and suggestions received from citizens,” said Das.

She also thanked the citizens for their suggestions on the kind of wall art and murals they want in their locality.

Notably, BMC has asked people to participate in an online survey and cite their choices, views, and knowledge on various themes to be picked up by the artists for the beautification drive — Paint your city! As a result of the online survey, the civic body received suggestions from a total of 217 citizens in this regard.

The wall art and murals will cover around a 40 km main stretch in the city. Kulange said that after taking feedback and suggestions from citizens, around 12 different themes were picked by the curators which include sports, culture, technology, nature, and diversity of Odisha among others.

Sculptures curated by both renowned and budding local and national artists will also be put up in public spaces of the city.

It is pertinent to mention here that the first edition of STAMP in 2017 saw wall art and murals being created on walls measuring around 6 lakh sq ft.

The painting of city walls will start from tomorrow & will end by Dec last. Theme-based paintings will be done as per the inputs/suggestions received from citizens. We thank all the citizens for sharing their feedback & participating in making #Bhubaneswar beautiful through Art. pic.twitter.com/mhc7EZx7tA