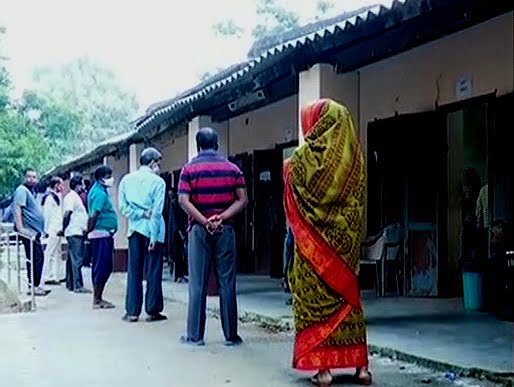 Balasore/Jagatsinghpur: The bypolls to Balasore Sadar and Tirtol constituencies began on Tuesday with COVID-19 guidelines. The polling began at 7 pm and will conclude at 6 pm.

A total of 2,39,153 voters in Tirtol and 2,30,297 voters in Balasore Sadar will exercise their franchises in 373 and 346 booths, respectively to decide the fate of the candidates.

He said there are 86 critical booths in Balasore Sadar and 155 critical booths in Tirtol where instances of violence and poll irregularities have been reported in the past. The Central Armed Police Force (CAPF) personnel have been deployed in these booths. Apart from this, arrangements have been made for webcasting, videography and CCTVs in these booths where the micro observers will be engaged to ensure proper monitoring of the poll process.

Stating that about 3500 polling personnel, 800 ASHA workers, 800 volunteers have been mobilised, the CEO said that the voters can get the details from the website www.nbsp.in and a mobile app ‘Voter Helpline’.

New Odisha MLAs To Be Sworn In Tomorrow