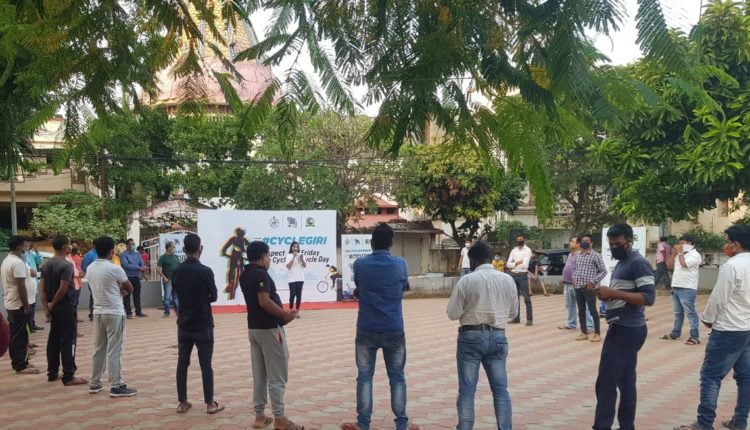 Bhubaneswar: Around 100 cab drivers on Friday took a pledge to respect cyclists at an even organised by the Bhubaneswar Smart City Limited (BSCL) in collaboration with the Bhubaneswar Municipal Corporation (BMC) as part of ‘Cycles4Change’ campaign to make cycle a popular means of activity in the city.

Following a warm response to a cyclothon organised as part of the ‘Cycles4Change’ campaign on October 9, the city is witnessing a series of activities on popularising cycling among all age groups.

In a pandemic situation which requires physical activities as a major initiative for building immunity against the disease, the activities by BSCL, BMC and Bhubaneswar Development Authority have developed an interest among the people in cycling.

As responsible citizens of Bhubaneswar, the cab drivers from taxi aggregator Ola took the “Safe Cycling Pledge” near the Smart Park in Saheed Nagar. The event was coordinated by general manager (Administration) of Smart City Kamaljit Das and attended by senior officials of BSCL, BMC and BDA.

WHO Tells Countries To Avoid Politicisation Of Pandemic Response