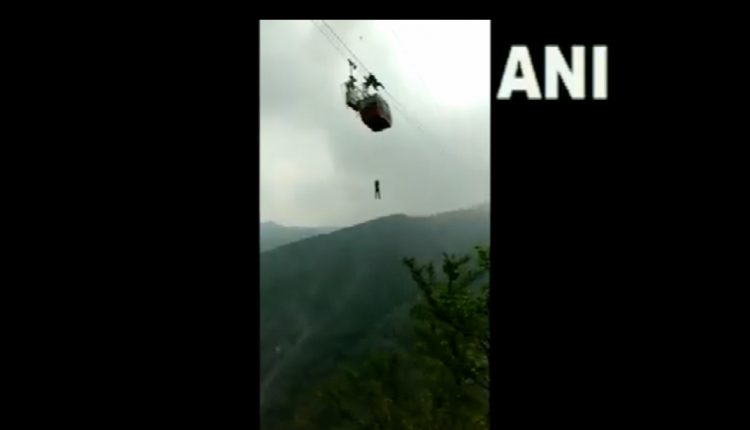 Bhubaneswar: At least eleven people got stranded in a cable car that stopped midway in Himachal Pradesh’s Parwanoo on Monday afternoon following a technical snag.

Another cable car has been deployed for their rescue and the police are monitoring the operation, news agency ANI reported.

The cable car of Timber Trail private resort is located on the Chandigarh-Shimla national highway in Solan district. “Two people, including one woman and one man, have been rescued by the staff of the resort. All those stranded are tourists from Delhi,” SP (Solan) Varinder Sharma was quoted as saying.

Two of the tourists have been rescued by hanging a rope, an official said, adding that the Indian Army may be summoned for the rescue operation.

This incident brought back memories of the recent ropeway accident at Jharkhand’s Deoghar, which claimed three lives.