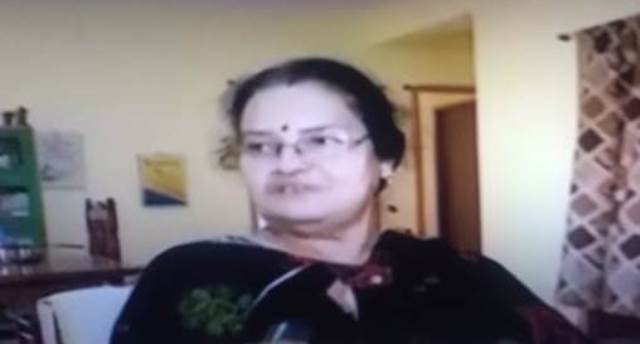 Balangir: The mystery around the death of a second-year girl student of Bhima Bhoi Medical College and Hospital in Balangir deepened with Dean Dr Sabita Mohapatra on Thursday claiming that a hostel mate received a call from an ‘unknown number’ moments before she was found dead inside her room the previous night.

Mohapatra said she rushed to the ladies’ hostel after getting a call from the students around 11.50 pm.

“Nirupama and her hostel mates watched a cricket match on a mobile phone in a room adjacent to her’s in the evening. They left for their respective rooms to have dinner around 9.30 pm,” she said.

The dean further said that the girl in the room next to Nirupama’s got a call in the night. “The caller asked her to check on Nirupama. She found the door locked from inside and called other inmates of the hostel when Nirupama did not open the door despite repeated knocking,” she said.

Later, the door somehow got unlocked and on switching on the light, they found Nirumapa in a kneel-down position with a green scarf around her neck with its other end tied to the grill of the window.

“She had already died by the time I reached the hostel. We administered her CPR, but in vain,” the dean said.

Mohapatra further said that they could smell some chemicals inside the room. “Considering the circumstance under which she was found dead, there is need for a thorough probe into the incident,” she added.

The elder sister of the deceased student told the media that from the position in which she was found, it is clearly not a case of suicide.

“A person cannot commit suicide in a kneel-down position by tying a scarf to a window,” she added.

She also accused the medical college authorities of negligence. “Instead of taking my sister to the hospital, they wasted time calling us and the police. My sister could have been saved had immediate medical aid been provided to her,” she asserted.

She also said that her sister told her that friends had started avoiding her after the announcement of the first-year results.

The father of the deceased girl has also demanded a thorough investigation into the death. “My daughter cannot commit suicide. She has been murdered,” he maintained.