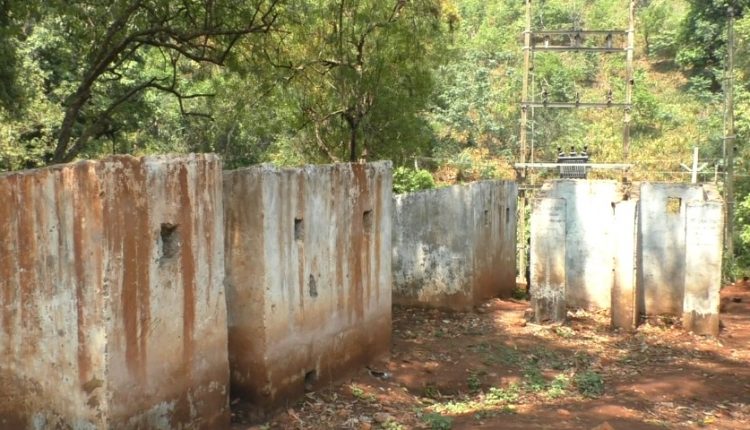 Rayagada: With residential toilet facilities under Swachh Barat Mission failing to prevent outbreak of cholera in Kasipur block of Odisha’s Rayagda district, the administration’s plan to construct public toilets has sparked resentment among the locals.

According to the district’s rural water and sanitation department data, 34,984 toilets were constructed under Swachh Bharat Mission in 24 panchayats under Kasipur block of the district by the end of 2020. The district administration also announced Rayagada as open defecation free (ODF) by claiming that total 1,94,513 domestic toilets had been constructed with a budget of Rs 23.34 crore.

But the ground realities present a totally different picture on success of the mission which may account for outbreak of the water-borne disease and death of 13 persons recently. The locals alleged that the project was implemented in a haphazard manner. 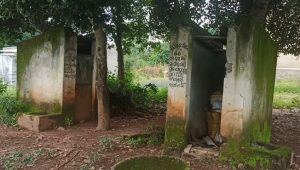 The contractors have allegedly left the construction half-way in many cases and failed to make provision of water in others. While there is no roof on some toilets, others do not have a septic tank. The toilets have also been found to be constructed in forest areas. In many structures, the toilet pans have not been set up, leading the people to use those for other purposes like keeping hens, ducks, goats and firewood.

With no proper toilet facilities, the people continued to go for defecation in open grounds. 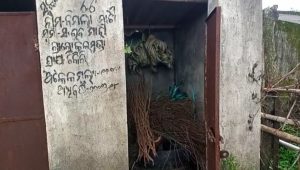 Following the outbreak of cholera and death of people in Kasipur, the state government had sent several teams of health officials led by senior officers to take stock of the situation. The teams had also collected samples from water sources in the area and laboratory test confirmed the presence of cholera bacteria.

It led to the administration to conclude that open defecation and consumption of polluted water were two reasons primarily responsible for spread of cholera.

So far as clean water is concerned, the administration has also failed to ensure it in the area. The project for pipe supply of drinking water was taken up with a budget of Rs 338.82 crore in 2018. It was targeted to supply pipe water to 425 villages under 24 panchayats. But the project continues to remain in a limbo till date. 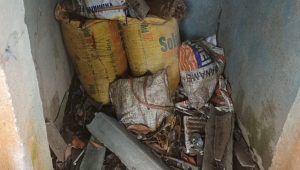 Speaking to media persons, Rayagada district collector Swadha Dev Singh admitted that the toilets constructed under Swachh Bharat Mission were not being used by the people for lack of ancillary facilities. “The residential toilets were constructed in the houses of all beneficiaries. Unfortunately, the mission’s behaviour component of motivating the people to use the toilets was not successful. The people used the structures for other purposes like storage and others,” she said.

The collector further said, “The administration would take up a campaign to motivate the beneficiaries to use the toilets constructed in their houses. Besides we have planned to take up construction of community toilets in each ‘sahi’ (locality) of the villages soon after the rainy season.”

What has irked the people is the fact that while the domestic toilets could not be implemented satisfactorily leading to outbreak of the disease, how can the administration ensure prevention of open defecation with community toilets.